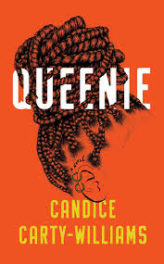 I hadn’t heard of Queenie, until I read vel veeter’s recent review, and made an immediate mental note to check it out. I’m glad I did. From Amazon: Queenie Jenkins is a 25-year-old Jamaican British woman living in London, straddling two cultures and slotting neatly into neither. She works at a national newspaper, where she’s constantly forced to compare herself to her white middle class peers. After a messy break up from her long-term white boyfriend, Queenie seeks comfort in all the wrong places…including several […]

When I was in my 20s I adored Bridget Jones’s Diary and the sequel. I haven’t read either of them in a long time, but I picked up the first to fill my “The Book was Better?” square. Bridget Jones’s Diary hasn’t aged well, in many respects. Bridget monitors her weight obsessively and freaks out any time it goes above 128 pounds, which is laughable. She smokes like a chimney. There’s the line about the Japanese being “a very cruel race.” But in other ways […] 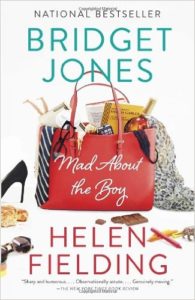 Bridget Jones and I are about the same age. When I was younger, I loved her. I don’t know as I wanted to be her friend because she was a bit exasperating, but I loved her. I got her. I got the Daniel Cleaver thing. I got the Mark Darcy thing. It was like she understood every bit of angst there was at that time in my life. Bridget has grown up, and so (allegedly) have I, and I still love her. Why? Because she […]

Oh Bridget… I felt obligated to read Mad About the Boy from a completionist standpoint. I read the first two novels and saw the movies, it only seemed logical to read the long awaited (was it?) sequel (cash grab) *Eighteen month old spoiler* * * * * Ok, so Mad About the Boy opens with Bridget in a new dating dilemma over her first boyfriend since the perfect Mark Darcy’s death. I get that Fielding had to kill Mark because no would be sympathetic to […]

Back  near the beginning of January I got a concussion after some kid cut in front of me at the ice rink and I bumped my head. The Dr sentenced me to several days of complete rest including no reading, no TV and no phone.  I decided that there was no way I could sit in a dark room with silence for all that time so I decided to download an audio book. I had previously decided to no longer buy audio books after […]