Every so often I go on a kick of reading those commercial romances about driven young women published in the 1980s that are sometimes called bonkbusters. You must admit they are rather addictive in their escapist nature and their pulpy plots. It annoys me when people dismiss them as ‘trashy,’ as though they have to make excuses for not reading Dickens or whoever all the time. There’s still good writing there- and I think that’s especially true when it comes to Judith Krantz. 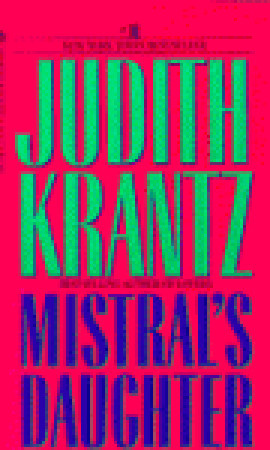 Three generations of the beautiful Lunel women – Maggy, Teddy, and Fauve – are united in their connections to Julien Mistral, a world-famous painter.

In Mistral’s Daughter, though the narrative is shaped around Mistral, the true focus is on the Lunel women, who had great impact on his personal and professional life. Each woman is distinct from the other, and all are compellingly and clearly sketched. Mistral, I thought the writing was evocative and the plot well-paced, as it held my attention throughout.

I also enjoyed the way the Lunel women interacted with their Jewish identity. All three approach it in different ways, but it is an important part of the plot and I appreciated that Krantz, who was Jewish herself, gave it such a prominent space in the story. Fauve’s coming-of-age with the question of her identity beyond being Mistral’s daughter especially felt surprisingly modern.

However, I did find the middle section of the book dragged on a little, as Teddy’s narrative felt a lot more like a bridge between Maggy and Fauve than anything really interesting in itself. I was glad to finish her part and move on. 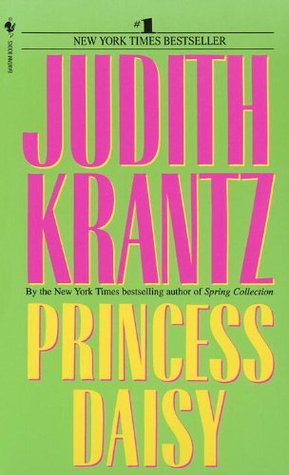 Princess Daisy Valensky should by all means lead a charmed life – with a Russian prince and a movie star for parents, born into the wealthiest echelons of society. But her secrets weigh her down.

This is my second read of Princess Daisy, and it stands up even when you know what all the twists and turns of the plot will be. It’s like a very juicy soap opera, this book – secret twins, evil half-brothers, plane and car crashes and fortunes that are lost and won. I also like the way the matter of sexual assault and misplaced shame are handled – it feels quite ahead of its time, especially how a lot of people still treat it today.

Of course, I would remiss if I did not note the flaws of the overblown writing and the odd pacing. The first 150 pages of the book or so deal with the story of Daisy’s parents and her birth, which is necessary material to include, but it does mean we take a while to really meet Daisy.

I leave you with this parting note: Whether you choose to read this book or not, do check out Clive James’s classic 1980 review of the book. He certainly did not like Princess Daisy like I did, but it’s a hilarious review! You can find it here.