Benched by Colleen Charles takes place in Duluth, Minnesota, which is evidently black and white Pleasantville, but with hockey. Everyone is clean cut, successful, and preoccupied with whether or not they’re in good with the Chamber of Commerce. Honestly, I didn’t realize local Chambers have as much power in the community as they seem to in Benched.

But I digress. Let me circle around back to the beginning. 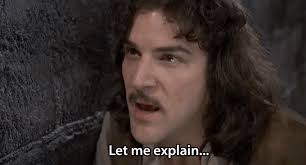 He’s a star hockey player for the Minnesota Caribou. He has major trust issues having just found his fiancée in bed with his brother. She’s the younger sister of one of his best friend from high school. She has a successful business repurposing old homes and buildings.

His fiancée is crazy cuckoo banana pants. Think Glenn Close in Fatal Attraction. His brother is entitled and jealous. Her best friend is ride or die and owns a high end fashion boutique. There’s also an envious former high school teammate and the editor of the local newspaper who sees conspiracy everywhere. Honestly, the secondary characters were more interesting and fleshed out than those of the main couple. I remember the names of the secondary characters (Heather, Mark, Sue-Ann, Carter and Jessi  respectively), but not the name of the main couple. I refuse to look. I shouldn’t have to work that hard to remember the names of the main characters.

Per the usual, people aren’t communicating, there’s betrayal real and perceived, and everything comes right in the end. I continue to question why people don’t speak to each other in a meaningful way in these books 90% of the time. I guess we wouldn’t have romance novels otherwise. Or maybe I expect too much.

Anyway, Gentle reader, I seem to have stumbled into mediocrity. Benched by Colleen Charles is Book 1 in the Minnesota Caribou series. As far as Kindle Unlimited selections go, it wasn’t bad. I’d be mad if I’d paid for it though. I get the feeling that this author (like many in Romancelandia) has a template that she doesn’t stray too far from.