And here we have “normal” people writing memoirs about surviving terrible childhoods, escaping cults, and becoming their true selves. These first two are very much in the vein of books like The Glass Castle or Educated… 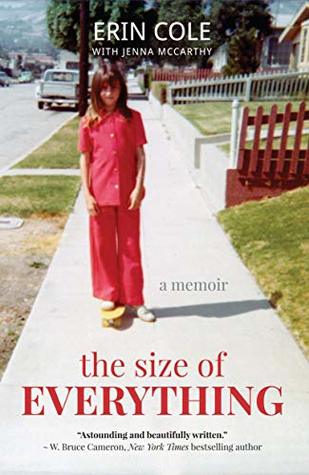 (4 stars) The Size of Everything by Erin Cole

Designer Erin Cole is now a well-known name in bridal couture. But it’s amazing that she survived her childhood. Shuttled between two households full of abuse and neglect, Cole dragged herself out of the wreckage and lived to tell her story.

Telling her story in short chapters that mimic the abrupt changes she experienced in her own life, Cole discusses her time at her mother’s house — neglect, alcoholism, abuse at the hands of her step-father and mother. In an attempt to escape, she would ask to live with her father — whose live-girlfriend tormented Cole by forcing her to eat until she vomited and complete chores for hours on end. She also suffered sexual abuse at the hands of a neighbor.

Through it all, Cole maintained her strength and even a sense of humor, eventually escaping this cycle of abuse. She highlights the people who helped her just as much as those who hurt. I do wish we could have learned more at the end about how her siblings fared as adults, but I realize that’s not her story to tell. Her sister Jenny does review the book on Goodreads though, which is interesting. 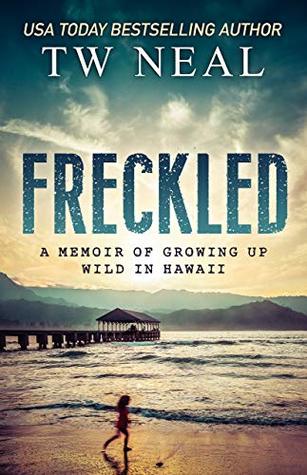 (4 stars) Freckled: A Memoir of Growing up Wild in Hawaii by Toby Neal

First of all, this book was gorgeous. The descriptions of Hawaii — the beaches, the surf — makes you want to move out there yourself. Unfortunately, Toby Neal’s childhood there, even with the beautiful backdrop, was unstable and at times, dangerous.

Her hippie parents moved to Hawaii to be close to the surf, her father’s passion. A combination of constant drug use, rejection from the locals, and no money whatsoever led to frequent uprootings. Toby found herself bullied in school (when she was actually able to go), sexually and physically assaulted and often unsure of where her next meal would come from. At times, her parents would move them back to the mainland, where Toby experienced the repressive atmosphere of her grandparents (but at least they had running water). Time and time, however, they’d end up back in Hawaii —  her parents would be unemployed and stoned, Toby and her siblings would be left to fend for themselves (Toby would make money to buy food by selling magic mushrooms she scrounged in the woods).

Through it all, Toby’s passion for books and education kept her afloat, even when her books became so bloated with mold that she couldn’t read them. Her love for her siblings is palpable on every page. And man, this girl comes off as TOUGH — her ability to stand up for herself in her family and in her world impressed me over and over. 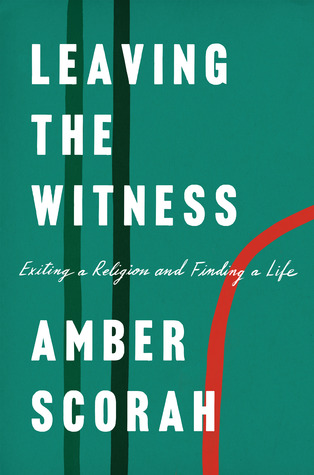 (4 stars) Leaving the Witness: Exiting a Religion and Finding a Life by Amber Scorah

This book vastly increased my knowledge of what it means to be a Jehovah’s Witness. Amber Scorah, raised in the religion by parents who also had been raised in it, never questioned her upbringing or what she was taught. That all changed once she started meeting people outside the faith — as soon as her world-view expanded just a little, tons of new information surged in and changed her whole perspective.

“So long as the burden of proof remains with the critic, a cult can never lose.”

Scorah moved to China, a country where the religion has been made illegal, in order to convert Chinese citizens to the faith. The actions she had to take were kind of crazy. Jehovah’s Witnesses are required to speak dozens of hours a month preaching. But she couldn’t do that without risking jail. So she’d meet Chinese men and women, befriend them, slowly try to figure out if they had any connections to the police or any inclination to report her. And if it seemed safe, she’d slowly try to talk about her faith or introduce materials to them. She befriends a couple of women who hang out at Ikea all day because their apartment is too small and uncomfortable to stay in. Another woman she meets at the bookstore. She becomes friends with them, and then tries to get them to join her and recruit new people. It’s like a cross between and a MLM.

As a way to support herself while living in a foreign country with a high school education and no job history, Scorah begins working for a Chinese language podcast. This changes her world. She starts her own podcast, reaching out to Americans moving to China to answer their questions and help prepare them. She makes friends who have no idea about her background. And eventually, she strikes up a friendship with a man in America who helps her question her faith. The man basically deprograms her, over hours of gchat and phone calls. Scorah’s insights into her own thoughts and feelings during this time really impressed me. She’s realizing that what she’s been taught all her life without question really doesn’t make any sense. At the same time, she’s exploring the possibility of starting a new relationship. And through it all, she’s in a new country learning a notoriously difficult language.

When she eventually leaves the church, she’s shunned by her family, friends and community as an apostate. Her husband leaves her without a backward glance. The strength it would take to make a decision like that is amazing. 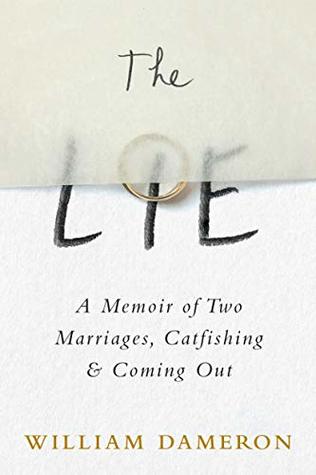 The Lie: A Memoir of Two Marriages, Catfishing & Coming Out by William Dameron

This book starts out with Dameron discovering something kind of crazy: his face has been stolen by strangers. Apparently, if you googled forty-year-old white male, his selfie would pop up. So men creating fake profiles to catfish women would use his picture — like, this happened multiple times. Dameron found out about it when a woman found his actual contact information and reached out.

Dameron takes this story and ties it into the rest of his life: how he hid his homosexuality and steroid abuse behind his marriage and kids. Coming to terms with that took decades, thanks in large part to his family’s Catholicism and fierce homophobia. In the meantime, he almost killed himself with steroid abuse and risky behavior. The stories about the steroid abuse really surprised me — it’s not something I’ve ever really read in a memoir (drugs and alcohol, sure) and the extent of what it can do to a body — wow.

It was the discovery of the steroid abuse that eventually ended his marriage (although his wife was also suspicious of his close relationship with a male friend). Once they were separated, Dameron moved into an apartment with two gay women who helped him come to terms with his sexuality. Through his friendships with people who accepted his true self, Dameron found peace and eventually, a partner. It was a long, painful journey and his recounting of it was hard to put down.