Funny celebrity memoirs — definitely one of my favorite categories. I might be stretching the definition of “celebrity” with Harrison Scott Key, but his was my favorite so I’m grouping it in here. Also, god bless Amy Poehler — her birthday is September 16th and she’s my Birthday square! 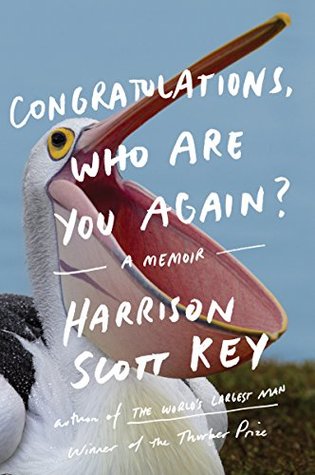 (five stars) Congratulations, Who Are You Again? by Harrison Scott Key

Harrison Scott Key wrote this great book I read earlier this year — The World’s Largest Man. It won a lot of prizes. It also almost killed him. In Congratulations, Who Are You Again?, Key tells us what it’s like writing a book (painful) and the weight of everyone’s expectations once you do.

Key was always a little…different. Surrounded by people who very much enjoyed killing things, he did not like killing things at all. His father never understood him, nor did most of the people he grew up with. So he grew up, moved away, married a woman he obviously loves VERY much, and started a family. He kept trying to figure out what he was meant to do. Finally, it comes to him — he’ll write a book. Well, he’ll become a great author — the book is secondary, really. So he writes a book about his father and his upbringing — a book that his father does not survive to see published. It was definitely a labor of love — he talks about writing at 4am and sneaking out to write and taking menial jobs to write and begging his wife not to leave him so he can write. And then the book is published….

This is a book about the writing process — not just writing a book, but what happens after. Promoting it, sure, but also explaining to your mother why you wrote those things. Trying to keep your marriage afloat while you travel around autographing books for people who have no clue who you are. And feeling the desire to write another one.

I just love this man’s style, and it’s hard to describe that in a review. The way he talks about his wife and kids — the love he feels for them in palpable even as he makes fun of them endlessly. He seems to feel the same way about his writing — it’s a passion he can’t contain. 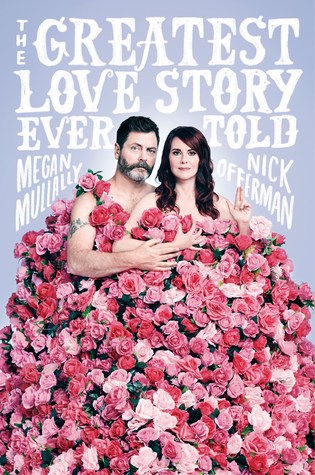 I read this solely on Caitlin_D’s recommendation — I love these two as actors and their public personas are great, but I was not super impressed with the other two books I’ve read by Offerman. But Caitlin_D said it was good and she was right — I ended up really enjoying this. Get the audio version y’all!

“M: I had dutifully scanned the entire circle of the cast to see who I was going to have my fling with, because of course that’s what you do the first day of rehearsal, if you’re single. I’m sorry to say that my lord and master Nick Offerman did not make the first cut. He did not register on the fling-o-meter.”

This book is really just a collection of advice, told by Megan Mullally and Nick Offerman (sometimes together, sometimes solo) about finding love, keeping love, finding a career, navigating family, eating right, and anything else you could possibly need to know. Personal fashion! Adopting dogs! It’s all here. While Mullally and Offerman don’t give us a year by year history of their own lives, they do reveal quite a bit about their upbringings and careers. Offerman was raised by two salt of the earth folks in a farming community with a strong religious background. Mullally was raised by a father who sounds like a damn sociopath and a mother with a penchant for drama. These two backgrounds created very different people who obviously love each other very much.

The book is funny. Mullally and Offerman are funny people. It’s definitely sexually explicit. If you have ever gotten a sense of their humor from public performances or post on Instagram, it’s basically more of the same. A couple of times it gets to be a bit much. Mullally in particular grated on my nerves just a bit — pushing bits past their funniest point. But overall, I found it very entertaining. They have good advice too! When talking about finding someone to love, Offerman says the important thing is to just get out there and do something that you love. And then you will meet the right kind of people. The audio performance was fantastic. They joke with each other and a lot of it seems very unscripted. I’m not sure how the book might differ, but I imagine it’s probably not as laid-back and off the cuff as the audiobook appeared.

I have re-read Bossypants and Yes Please a couple of times now. I like to download the audio versions when I’m going on a trip because the sound of these two funny, competent women soothes me while waiting for an airplane. I haven’t reviewed them in a couple of years though, so I’m going to try to come up with something new this go round… 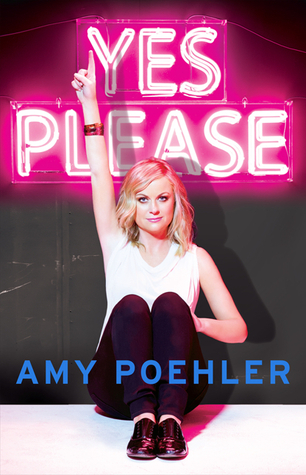 Poehler hits all the highlights of her life in this very funny book. She talks about her childhood, how she first became interested in acting, the many steps she had to take to get to the career she has now. Her time with the Upright Citizen’s Brigade. She spends a good amount of time discussing playing Leslie Knope (one of the greatest creations of all time), which makes me very happy. She also talks about her divorce from Will Arnett with incredible dignity and strength. Also — I routinely use this motto in my day to day life: “Good for her! Not for me.” She writes that referring to mommy-shaming and judging other women for how they parent, but it can be applied to ANYTHING.

But what struck me the most on this read-through was her account of her time on Saturday Night Live. This may be really fresh in my mind because I also recently finished Darrell Hammond’s memoirs and he and Amy overlapped a lot when it came to impersonating political candidates (along with Fey, coming up next). Amy Poehler’s time as Hillary Clinton is something I remember well — I watched SNL religiously during that time. At one point, at the very end of her first pregnancy, she came on stage with the actual Sarah Palin during Weekend Update. She performed a rap, bouncing around like an idiot and committing to a 100%. That takes balls. Her relationship with Seth Meyers, a writer and correspondent on Saturday Night Live at the time, brings a smile to my face every time as well. Meyers even writes a chapter in this book which is pretty cool. If you listen to the audio version, he reads it himself.

It’s obvious that Poehler loves what she does. She talks about being in the public spotlight and the obvious negatives about that life. But she also comes off as incredibly creative and passionate about what she does — both her career, and her love for her family. And I will listen to funny women talk about how good they are at their jobs all day long. 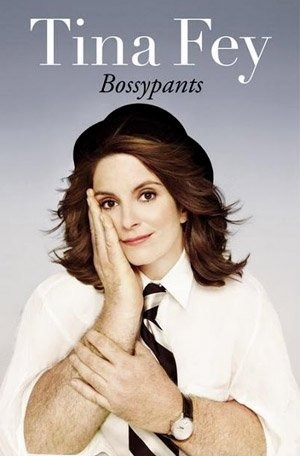 Which brings me to my next funny woman, someone who also spent a lot of time impersonating politicians on Saturday Night Live, Miss Tina Fey. It is hard for me to separate these two in my mind. The fact that they used to do improv together and have collaborated on a lot of projects makes me happy because one day, I will befriend one of them and automatically get to know the other. Tina Fey’s book discusses similar topics to Poehler’s but in completely different ways. She also has excellent advice that I have taken to heart: “Some people say, “Never let them see you cry.” I say, if you’re so mad you could just cry, then cry. It terrifies everyone.” This is VERY true.

I love the chapter that she devotes to her father. If you have not read it, you need to learn about Don Fey! He’s a badass. He has style. Lorne Michaels was impressed by him. This is one of my favorite quotes from the book:

“When my face was slashed, my dad held me on his lap in the car to the hospital, applying direct pressure with the swift calm of a veteran and an ex-fireman. I looked up and asked him, ‘Am I going to die?’ ‘Don’t speak,’ he said. So, yeah, he’s not the kind of guy who wants to watch people eat bugs on Survivor. It’s so clear to me how those two things are related.”

I feel like that sums up not only Fey’s father, but explains so much about her upbringing — she’s tough. She comes off tough in this book — not superhuman, but just CAPABLE, even when it’s hard to be. She’s a boss, through and through. Her handling of criticism regarding her portrayal of Sarah Palin makes the same point. Fey explains that when people claim she was being “mean” to Palin, it’s in an insult to them both — she manages to be respectful of Palin regardless of her politics.

I’m a horrible person and have never watched 30 Rock but I do love listening to Fey talk about what it was like making that show. She says that they didn’t set out to make a quirky cult hit, they were trying to make famous mainstream TV and failed. That cracks me up every time. Her behind the scenes story, explaining how the show came to be and how they kept it going, give great insight into show business.

I will also always hold a special place in my heart for the chapter in which she implores her daughter to make good decisions. It is a prayer for a mother, and it’s one of my favorite things in the book. It starts out funny (“First, Lord: No tattoos. May neither Chinese symbol for truth nor Winnie-the-Pooh holding the FSU logo stain her tender haunches) and makes me cry by the end every time.