> FAQ Home
> Genre: Fiction > Dear Fake Character People: An Open Letter to (most of) the Characters in Emma

This is the fifth in my series of posts wherein I write reviews for classic books in the form of letters to the characters so as to avoid actually writing a review for a book that has been written about by everyone’s mother’s second cousin’s uncle twice removed from a monkey. I’m re-reading all of Jane Austen’s books in 2016, and it has so far been a fun experience. July was Emma month, and I was very much looking forward to it, since I’ve liked it more and more every time I’ve read it (first three stars, then four, and now five!). (Spoilers for a two hundred year old book to follow. Seriously, all the spoilers. Don’t read this if you haven’t read the book yet, which I do highly recommend the audio on, by the way. Juliet Stevenson continues to be a great narrator.)

Dammit, I want someone to buy ME a piano. My mother sold mine for the money seven years ago and I have never gotten over it. There is a baby grand shaped hole in my heart.

(If you had any sense at all, you would have done much better than a piano right from the beginning, but I suppose a piano is better than nothing at all. I’ve never had a rich relative threaten to take away all my money for marrying a person said relative didn’t like. I guess I don’t know your “pain.”)

I was also gonna yell at you a little for messing around with Emma’s feelings, but then I remembered that you told her you knew she didn’t actually have feelings for you. I guess you picked a good target for your little ruse, even if you didn’t do it on purpose.

If I was a crueler person, I might tell you to grow a spine, but I suppose it’s not really your fault that you’re so easily led. It is, of course, extremely fitting that Emma chose you of all people to latch onto. You see, my dear, you’re a pushover. Your opinions are so fragile. I don’t get people like you. Is it because you have no confidence in yourself, you just think the nearest person with a strong opinion must be right? I wish someone would explain it to me.

You are quite a bit to deal with, you know. I would suggest maybe learning to embrace the quiet. You don’t have to fill up all the silences. They won’t bite you. I think you would be surprised how people would respond to you if you did so.

(Wikipedia tell me it’s Anne, but that was nowhere in the novel, so I’m still skeptical.)

You, quit it with your matchmaking. You’re worse than Emma!

Also . . . there’s this huge piece of the story missing from your narrative, and I’ve realized just as I’m typing this to you, I want to know about it! Why didn’t you raise your son, Frank Churchill, yourself? Everybody seems to take it as a given that he was raised by his aunt and uncle, and sure they’re wealthy and all, but he also had to play mindgames with them about his love life (and probably many other things) so they obviously didn’t have that healthy of a relationship. Was it because you believed yourself, as a man without his wife, incapable of raising your son? Was it because you were thought too young (if I do the math right, you were in your early twenties)? Was this your decision or his aunt and uncle’s? And if it was theirs, why did you give in?

(And also to pass judgment.)

You are infuriating. I am probably a bad person, but look, it is ALL IN YOUR HEAD. I think what annoys me the most about you is that while you are essentially a harmless old man, if you look a little deeper, underneath that harmless veneer is a streak of pure self-interestedness. You literally cannot fathom the world beyond your own opinions of it. I would task you with learning a little empathy, and to embrace reality, but I fear it’s too late for you. Emma and Knightley will coddle you until the day you die, and they will do so willingly. WHY DOES THIS MAKE ME SO ANGRY I DON’T KNOW.

Please feel free to disregard my letter. I have a feeling it says more about me than it does about you.

Look, I get it. You’re so put upon and alone. And Emma is such a pain, and FRANK of all people, why did you have to pick FRANK to fall in love with? I also get why you don’t want to be a governess for someone else’s snot-nosed privileged brats. You want your own life, your own babies, your own husband. But damn, girl. You’re so hard to get to know!

I realize this is largely a function of us seeing your story through Emma’s eyes. Most of the time she’s so, you know, EMMA, she doesn’t leave room for you in the narrative.

Mostly I just want to get to know you a bit more, give you the benefit of the doubt that I’d like you. I want to like you.

I swore I would never read any of that published Jane Austen fanfiction, but I might have to make an exception. There’s apparently a book (aptly titled Jane Fairfax) that features your take on the events of this story. I’m very curious to read it.

I’m going to give you the benefit of the doubt, largely on Mr. Knightley’s recommendation, that you fell in love with Harriet because of how essentially sweet and kind she is, and one pure soul can recognize another, blah blah blah. I really hope you aren’t one of those patronizing assholes who fall in love with women to “protect them” or because you can tell they’ll follow your every lead, or whatever else bullshit they’ve got going on.

There is no way to know. You are not real.

Also, your incarnation in Emma Approved is my fave. 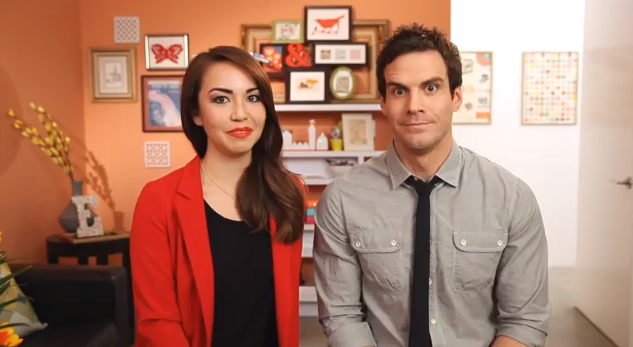 I need a rewatch STAT.

Kindly deflate your noggin. It’s not like you married the blasted crowned prince of England. And yes, Emma is much prettier than you and everyone likes her more than they like you, even though (as my mother would say) she is a pill. Such is your lot in life. DILL WITH IT.

This is now the third time I have read your book, and I can’t even believe I’m saying this, I finally get it. Getting older is sucky a lot of the time, but it does have its benefits. For example, being able to finally and truly appreciate a much beloved piece of literature and its titular heroine. Your creator, the dear Miss Jane, famously described you as “A heroine whom no-one but myself will much like.” And she was right, but not because you are an inherently unlikable character. You are sweet and joyful and fun to be around. You have a zest for life that is infectious to be around.

Here’s the thing, nobody likes admitting they are wrong. And most people when they are young think they are right ALL THE TIME. There is an arrogance that comes with being young but not a child. You’re old enough to think you know what you need to know, but not young enough to need anyone’s constant guidance, and your experience doesn’t yet exist to an extent that your confidence could be justified. You don’t yet realize that you know nothing. And so reading about you? It just isn’t fun, because reading about you presents young readers with a version of themselves that is hard to reckon with. Here is a person so sure in her opinions, so well-liked and brought up, in such a sure position. And here is her being wrong. About everything. We see her being so wrong, and messing up everything, and it makes us deeply, deeply uncomfortable. Maybe we don’t even realize that’s what’s happening, it’s so deep.

It’s so uncomfortable, even the happy ending isn’t enough to assuage us.

Basically, your story is a story about growing up, for people who have already grown up. Some people never really do that, and so I think some people indeed, will never much like you.