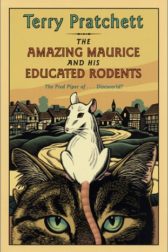 I very much enjoyed Terry Pratchett’s first foray into young adult literature. I know he’s written a handful of YA books (many of them also set in the Discworld), but I wish he had written more. He was very good at it! One thing I loved as a kid, and which I still love now, is when children’s books have darker edges to them. Kids live in this world same as adults. They worry about death and violence and hunger. Like, kids are people, too, […] 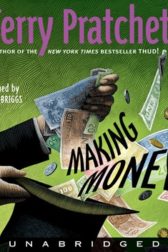 Continuing on my quest to read through Terry Pratchett’s marvelous Discworld series (why did I not start before two years ago?!). They are perfect palate cleansers for heavier books or for when I just need a good laugh. I am almost through all the Watch books now (my favourites), and decided to listen to the audiobooks for some of Pratchett’s later ‘industrial revolution’ novels featuring the brilliantly named Moist von Lipwig: Going Postal and Making Money–the latter of which makes this a perfect match for the […] 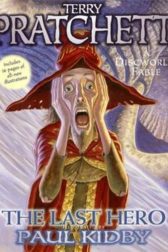 It’s been a while since I’ve visited the Discworld. I usually try to read two or three a year, but I only managed to read one in 2019. Plus I had to track down a copy of this since my library didn’t have it, and then I never got around to reading it over the summer like I was supposed to. As always, should have read it sooner. This book tickled me. This is actually considered the 27th full book of the series, despite it […]

Another year, another book down on my meandering tour through Terry Pratchett’s Discworld. This time it was Pyramids, which I had high hopes for because it was published around the same time as Mort, which was great, and Guards! Guards!, the perfection of which is only muted by the fact that Men at Arms and Feet of Clay are even better. Pyramids was… eh. It was fine. There were some funny moments. I listened to it on audiobook, and as usual enjoyed Nigel Planer’s narration. The story is about Pteppic, the […] 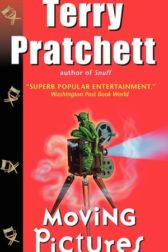 I have been trying to complete as much of Discworld as I can, I find Sir Terry Pratchett’s humour incomparable, his keen understanding of us poor souls trapped in human form (I’d love to be an umbrella myself, if given the option to choose my next form) and his ability to write droll descriptions of commonplace objects fascinating and very absorbing; for instance – banged out grains (popcorn) and a silver screen (literally described as a hovering dense film). This book is about the rise […]