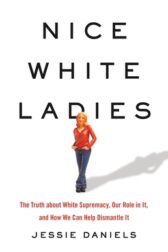 I remember the moment when I realized that white women, as a whole, are not crusaders for social justice, but enforcers of white supremacy. I had been working towards it for a while. It happened a lot later than I’d like to admit, and the realization took a while to sink in. I’d like to say I’ve given up my illusions about the role of the white woman in the world, but the things we absorb subconsciously as children are the hardest to root out. […]