> FAQ Home
> Genre: Fiction > A worthy addition to the post-apocalyptic YA canon 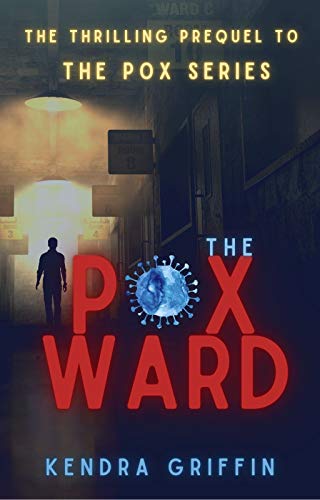 Reading a book about a pandemic during a pandemic can be both rewarding and somewhat claustrophobic. On the one hand, you pick up on certain nuances you may have missed, or you make connections you wouldn’t have otherwise. When in the summer of 2020 I read Rebecca Makkai’s The Great Believers, set in the gay community during the early days of the AIDS crisis, I reflected on how I shared with the protagonist, to some extent, the hyper-awareness of my body and the terror of a positive test result. On the other hand, a novel about a pandemic read during a pandemic erases any escapism or fantasy that reading could bring. It can feel like sickness is everywhere.

I count Kendra Griffin’s The Pox Ward among the post-apocalyptic pandemic novels that I appreciate reading during the pandemic (along with The Great Believers, Emily St. John Mandel’s Station Eleven, and Stephen King’s The Stand). Griffin’s novel is targeted to the YA audience, and it stands out among that crowded field with its keen sense of teen dialogue, emotion and insecurity, and resilience. The novel follows Pablo Napolitano, whose name reflects the chaos of his childhood (he was orphaned during the pox pandemic, lived for awhile in the hellscape of the post-pandemic JFK airport, and is adopted by the Napolitano family, who were friends of his parents). Pablo has adjusted to life after the pandemic, although outbreaks of the virus require UBracelets that track vital signs, as well as other forms of state surveillance.

Everything changes when Pablo is diagnosed as having Terminal Pox and is sent to the titular Pox Ward. There, with the help of his enigmatic and prickly roommate, Prez, Pablo begins to unravel the purposes of the Pox Ward and the lies of the doctors and orderlies there, and he begins to think about escape. Griffin skillfully balances life-and-death drama with the boredom of life on the Ward and the efforts by the teens there to carve out a normal existence and fight against their own imprisonment and oppression. As Pablo says, “Not having a future is like living in a house with no roof.”