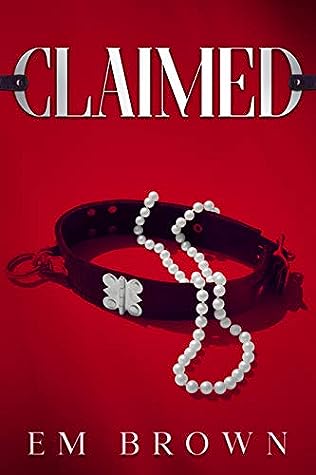 Y’all. Y’ALL. I don’t know what I was expecting when I began Em Brown’s Claimed: A Dark Mafia Romance, but it wasn’t this. The meet cute goes as expected. Bridget, a 20-year-old college student with a passion for doing good and zero concern for fashion, is dragged along by her friend and roommate Amy to an exclusive night club. Darren, the owner of the night club, is aghast when he sees frumpy Bridget in his club where everyone is dressed in their best clubbing attire. Darren, suspecting that some kind of crazy prank is being pulled on him, approaches Bridget and insults her appearance. He’s really being a total dick, and Bridget is my total hero – she throws her drink in his face. And, they’re off to the races.

I find I’m willing to forgive a lot when the book also contains such a gleeful and thinly disguised take down of the Trumps, and evidently that includes the cliffhanger endings. The first installment is free. Two and Three are $4 and $5 respectively. Is it the best ever? No, but if you like dark romance with a side of political skewering, this is the book for you. If not, what does it hurt to try it since it’s free?