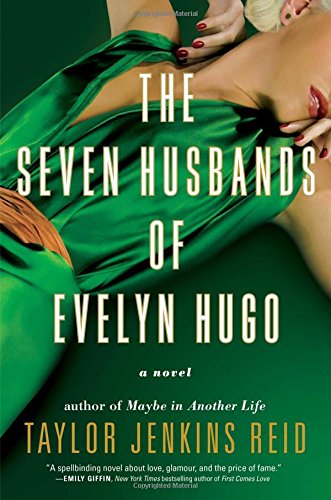 My sister hated The Seven Husbands of Evelyn Hugo.  I didn’t hate it, but I didn’t love it either.  I think I wanted more, or, maybe, I just wanted it to be better. It glosses over a lot of Evelyn’s relationships and especially with the relationship that Evelyn claimed was the most important.

I also had the same problem with it that I had with All the Stars in the Heavens in that, reading this book from the mindset of someone not living in those times, I couldn’t really relate.  Like that book, The Seven Husbands of Evelyn Hugo takes place during the Golden Age of Hollywood which was, like so many time periods Americans wax nostalgic for, only golden for straight white men.  People of color, women, and anyone with a sexuality other than heterosexual were treated as second-class citizens by the studios.

Take, for example, Evelyn Hugo, born Evelyn Herrera to Cuban immigrants in Hell’s Kitchen, who had to fight to be cast by the studios. And even then, was only successful after she bleached her hair and changed her name. Still, it was a bit hard for me to feel sorry for Evelyn. Yes, her family life was less-than-stellar, and it must be horrible to be forced to change your entire being to get accepted into the career you want.  But, the author doesn’t do a very good job of fleshing all of that out.  Instead, she just glosses over it and in doing so, makes Evelyn seem ruthless and shallow.

The same goes with ***SPOILER*** Evelyn’s affair with another actress. Supposedly this is the love of Evelyn’s life, but the author doesn’t give the reader a look at those intimate moments.  Instead, we get some sex, some fights and Evelyn marrying a bunch more dudes.  And look, I get it, Evelyn was bisexual so she was attracted to both men and women.  And she needed to be romantically linked to men in order to protect her relationship with Celia. But, I don’t really get it because the author doesn’t provide it.  There is just no there there.

I thought this book would be a salacious glimpse into Old Hollywood, but it felt more sordid than salacious and without any good reason for being so.