> FAQ Home
> Genre: Fiction > The One Where All My Favorite Characters Show Up 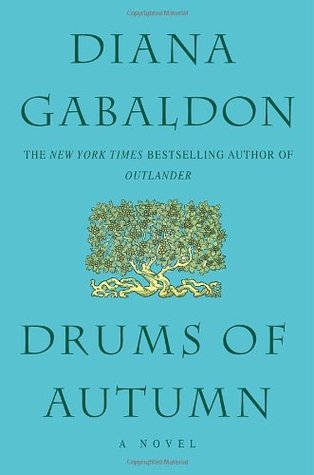 This might be one of my absolute favorites from the series. It’s a very long book, and like all of the others it’s probably longer than it needs to be, but I love it anyway. There’s a lot of people just barely missing each other and little misunderstandings that blow up into crazy situations. You know, that sort of nonsense that rarely happens in real life but seems to work in historical romance novels.

So this book picks up in the Americas, where Jamie and Claire are trying to figure out what to do with their lives now. They end up getting a plot of land near Jamie’s aunt’s house (but not too close) that Jamie can call his own, allowing him to become alLaird once again as he collects Scottish tenants to help him work it. Meanwhile, Brianna and Roger both make their way to the past, meet up, have an enormous fight with those crazy consequences I mentioned, and we spend the rest of the novel trying to figure out how they’re going to get back together.

The reason I love this one so much is it’s full of some of my favorite characters. I am a huge, huge fan of Young Ian Murray and his stupid dog Rollo. We also get to meet Brianna’s maidservant, Lizzie, for the first time. And even though Lizzie majorly fucks up Roger’s life, I still love her. John Quincy Myers, the mountain man who Claire performs a hernia repair on, appears in this one for the first time. I love that guy. We also have Jocasta Cameron, Jamie’s aunt (and Dougal and Colum’s sister). She’s an amazing character, with the stubborn personality and enjoyment of politics that we love so much the Frasers. And we get to see Claire here again, performing her medicine and working with people and solving problems — which is my favorite sort of Claire. And of course there’s Clarence, the guard donkey, and that sow that lives in the pantry.

It is a book in which a lot of really terrible things happen, but it’s balanced out by characters that we’ve grown to love and new characters that we will grow to love. That combination makes it one of my absolute favorites. Oh, and Stephen Bonnet makes for a great bad guy.