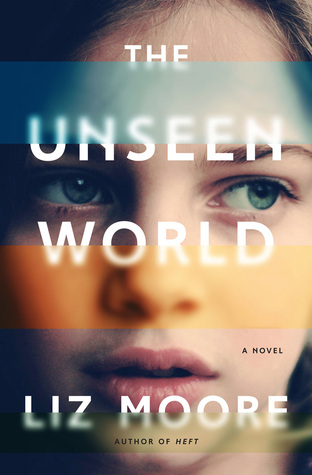 Another excellent recommendation from a Cannonballer. I really enjoyed this book, although I spent most of the time either not understanding what was going on, or trying to figure out what the story was really about. But it’s definitely the kind of book that I would recommend going into without knowing much of the plot. I also would NOT recommend reading it on audiobook. Narfna read it in 24 hours and I wish I had done the same. Letting it drag out over on audiobook made it frustrating because I so badly wanted to know what was going to happen.

So the basic story is, Ada named after Lady Lovelace, is being raised by her mathematician father in the early 1980s. She has sort of an unusual childhood: he home-schools her at his lab instead of taking her to public school. She spends her days coding and solving problems with his adult co-workers. But she’s happy and it’s a good situation for her. Her father’s best friend lives down the street and acts as a little bit of a surrogate mother. Ada’s life is working out. And then suddenly, her father starts to change.

Most of this novel involves Ada coping with being a teenager, which obviously sucks and the author does a fantastic job of relaying that, as well as trying to figure out what’s going on with her father. The whole book leads up to a big reveal about her father’s past that I am obviously not going to spoil here, but while I was able to guess some of it ahead of time, it mostly blindsided me. Again, this is definitely the kind of book to sit down and read in an entire evening so that you can find out what happens. The pacing of the audio book made me crazy not because of the writing being bad, but because of how good it was!