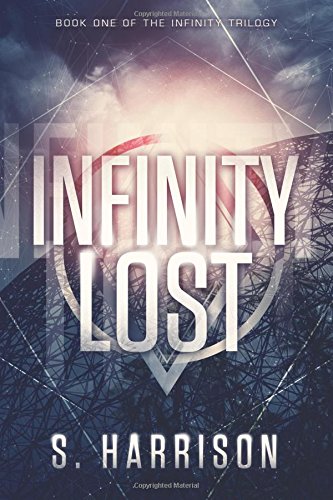 I read (a lot) of books in this genre: YA teen in an alternate present/near future often dystopian… usually there’s a boy involved (I prefer when that is not the primary story line) and the girl is a “chosen one” or “special” or something. Anyways, I do not know how I had not seen this series until now. If you’re into this genre, you should read this one. It was a super quick read and I’m ready for the second tonight! (It is also free for prime members on kindle.)

Infinity Blackstone is the seventeen year old daughter of a great innovator and inventor of technologies which are fully integrated into the everyday lives of the world. (Phones, computers, weather manipulation, everything.) She has also never met her father. She had less than a normal upbringing to say the least. Infinity (Finn) is part of a Charlie and the Chocolate Factory type tour of the Blackstone corporation where she may finally get the chance to see her father in person.

Oh yeah, she also has not had any dreams for her entire life, until very recently. The dreams she’s been having are always memories from her life, but slightly altered.

I will say, that the plot twists which occur as the story goes on are not exactly a big secret, you can really see them coming. However, I still enjoyed watching Finn realize what I’ve guessed at and begin to unravel the story behind her life. I didn’t quite see the ending in advance, so it was a bit of a surprise, and it definitely has me ready to read the next book. There is a dreamy boy, maybe 2, to appease that need in the genre but it is not integral to the plot. (Which I appreciate.)