> FAQ Home
> Genre: History > Anne Boleyn and the Case of the Unreliable Narrator

I was fascinated by Anne Boleyn as a child. I saw a production of The Six Wives of Henry VIII, probably on Masterpiece Theater and was entranced by the idea of a queen who was executed by her King. My recent review of It Ended Badly reminded me that I had bought The Creation of Anne Boleyn after reading Gabby N’s CBR8 review, earlier this year. I didn’t realize how little is really known about Anne Boleyn. Susan Bordo examines the popular portrayals of Anne Boleyn that have grown up in the 480 years since her execution, their sources, and the problems with those sources.

We cannot be certain, for example, that this portrait is of Anne Boleyn. After her arrest and conviction, Henry VIII had her erased from court and from his life. He destroyed her letters and had all images of Anne destroyed. As if beheading her weren’t enough, he even tried to make sure there were no “strangers” to report her behavior at her execution (they failed and Anne Boleyn impressed witnesses with her composure and grace). There are contemporary sources discussing Anne, a few letters she wrote to people not Henry VIII, the transcript of her trial, and the remnants of her library. Because we have so little source material directly from Anne, most of what we “know” comes from her political enemies and others with an agenda.

Why do we care about Anne Boleyn? She played an important role at an interesting time in history and then died in an unprecedented manner. Was love or lust for Anne Boleyn the reason for Henry’s divorce from Katherine of Aragon, which caused England’s split with the Pope? Did she manipulate him? Was she a whore or a victim? Why did Henry VIII choose to execute her? A lot of these questions won’t ever have firm answers until historians finally learn to time travel.  But we can parse out some likely possibilities.

No, Anne wasn’t the reason Henry wanted a divorce from his first queen – he wanted sons and he felt like he would not get them from Kathrine. Henry also wanted to be out from under the authority of the Pope. Anne was well educated, and had spent formative years in the French court, where evangelical theology and humanism were popular. At the French court, she also had the example of Marguerite of Navarre, an author, patron of philosophers, and a supporter of religious reform. Anne’s surviving library indicates she was deeply influenced by the political and religious ideas discussed at the French Court. Anne was uniquely capable of partnering Henry in his desire for theological supremacy in England. Anne appears to have been a passionate evangelical and reformer. Looking at the source material that is not colored by political bias, it seems likely that in the long fight for the divorce from Katherine and separation from the Catholic Church, Henry and Anne were partners. It also seems likely that the qualities that made Anne attractive as an object of pursuit and ideological partner were also the qualities that made her vulnerable to the political jealousies and machinations that brought her down. But as the author reminds us, we can only make best guesses based on a paltry amount of evidence. Anne Boleyn may have been a scheming seductress, but she could have also been an intelligent and politically savvy woman. I think it makes Anne Boleyn more interesting.

Another difficulty in interpretation are the significant differences between the 16th century cosmos and the 21st century cosmos. We live in a psychological time. We think about ourselves as having an inner and outer life, and as being a separate entity from our job. Henry VIII on the other hand would not have considered himself to be a man who was king. The throne was not separate and distinct from him. That lack of separation made Henry dangerous. To disappoint Henry was to disappoint the State. A personal betrayal could become treason against the state. Though Anne’s execution was unprecedented, she was not unique to Henry. Henry VIII had a pattern of charging his most significant advisors with treason, or exiling them from court. Thomas Wolsey avoided execution only by dying en route to his trial. 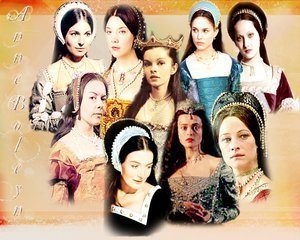 During her time with Henry VIII – 6 years of courtship and almost 3 years of marriage, Anne Boleyn was the face of a major religious shift. To contemporaries and during the Tudor dynasty, she was either a scheming temptress or a martyr, depending on your Catholic or Protestant leanings. As the bitterness of the Anglican schism passed, Anne Boleyn remained a character on whom historians and authors imposed their own concerns and world views. Bordo examines the evolving Anne Boleyn and what her portrayal says about the author and time in which she is being interpreted.

I found the whole book to be fascinating. I could write a lot more. Henry VIII’s attempt to eliminate Anne Boleyn, through execution and erasure, created a blank slate on which various characters could be projected with little regard to truth. That blank slate has probably given her a greater life than she would have had she died in exile, forgotten. Henry VIII’s deplorable behavior made the woman he wanted forgotten more memorable. Anne Boleyn is alive and well in the modern firmament, and still a lightning rod for religious divisions and gender politics.