Patty: There is dream fulfillment fantasy and then there is the Book of Butch. A human ex-cop originally from Southie, Butch has been adopted, for lack of a better word, by the Black Dagger Brotherhood. He is like their little human sidekick, allowed to hang out with them and sit at the cool vamp cafeteria table. Since the dude can actually go out in sunlight, he comes in handy when they need him to like, I don’t know… go to Costco or run DMV errands. He kinda sorta feels like the weenie charity case human pet and this brings up memories of being the odd man out growing up and never feeling like he fit in.

Katie: Basically he’s the Robin to their Batman. I would’ve said Jeeves to their Stark, but that’s really Fritz. WAIT A MINUTE. FRITZ. Have we really gone so far without speaking about the doggen?

Patty: The doggen! What is wrong with us? The doggen are a vampire social subset that lives to serve. Their number one priority in life is to be the help. They cook and clean and mow the lawn. They iron and wash windows and probably wipe down baseboards because that’s one of those chores no one wants to do. They want nothing more than to clean up your messes and feed you. That is how you know you are reading fantasy, people.

Fritz is the head butler doggen at the mansion where the Brotherhood live and he’s probably the one that has to clean up the piles of tissues and buy the family-size container of hand lotion as well as wash out the assorted stains V leaves on his sheets on account of Butch. V stands for Vicshous. Vihshous. Vichshshous. Vichyssoise. WHATEVER. The guy with the arm that doubles as a Bic lighter.

Katie: Vishous, also known as V, is one of the more interesting brothers. He’s got tattoos in some very interesting places that are supposed to warn people off of touching him, because he’ll light them up. Literally. He’s also the most sexually adventurous of the Brothers, and that’s saying A LOT. He’s tried everything under the sun, but for some reason really connects with Butch. He even dreams about him, both in a things to come way (No! not like that – in a sees the future way.) and a sexual way.

Patty: So in a Things to Come way. He wants to light Butch up like a Christmas Tree. A Christmas tree of hot monkey love. The tension between these two… 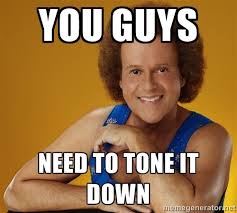 Katie: Butch is aware of it, and considers V his best friend, but doesn’t really think of him that way. Butch is ALL about Marissa. He even puts off the febreze scent like the brothers, even though he’s not a vampire.

Patty: Because even though the soundtrack in V’s head whenever he sees Butch is Caress Me Down, in Butch’s head he’s all… 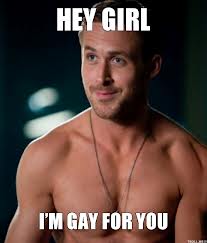 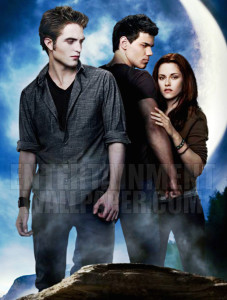 …but with Edward wearing the Team Jacob t-shirt.

Katie: As if these guys don’t have enough tragedies in their lives…

Patty: OMG, Khatie, we totally forgot to mention in our book 1 review how after transitioning into a vamp, you are fed bacon and chocolate because you wake up craving them and who’s to say otherwise? I NEED THIS TO BE A RELIGION. Can you imagine? “Welcome to our church. Please partake in the sacrament of bacon. The chocolate room is over there, behind the rectory.”

I digressed again, didn’t I? Well, that’s kinda what happens to the series after book 5 so I’m early is all.

Katie: I guess it’s a good thing we’re moving on to Kristen Ashley. I feel like I’ve said everything I have to say about the Wharden and her inmhates right now. Although, I do think I could really get behind a church that feeds you all the bacon and chocolate you want as a part of the confirmation process. WAIT. WHAT HAPPENS IF YOU’RE VEGETARIAN?