> FAQ Home
> Genre: Fantasy > The girl in the red cloak is a princess, and the wolf is a landless earl in a mask. Grandma’s sort of sinister, though. 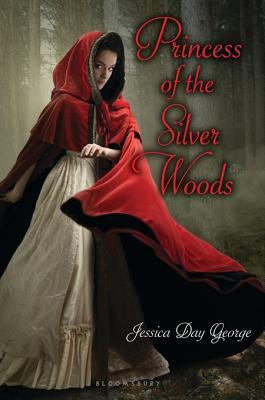 This is the third book in a series, which began with Princess of the Midnight Ball. While you don’t really need to have read the second book in the series, Princess of Glass to fully appreciate the book, you should probably have read the first one (or at least be more than passingly familiar with the fairytale of The Twelve Dancing Princesses) to get the full experience of this book, as there are a lot of references to the events of the first book. There will also be mild spoilers for the first book in this review. You have been warned.

Princess Petunia is the youngest of King Gregor’s twelve flower-monikered daughters, and spent the first few years of her childhood dancing every night in the shadowy realms of the King Under Stone. The curse was broken when her eldest sister Rose’s now husband Galen figured out a way to defeat the King Under Stone and trap those of his twelve sons that survived in their underground kingdom. Lately, Petunia and her sisters have been having nightmares where they’re back, forced to dance with their terrifying suitors. Several of the princesses are wasting away under the strain, and it’s obvious that there is still a curse hanging over them.

Petunia is on her way to the estates of a neighbouring Grand Duchess, who seems to want to make a match between the young princess and her grandson, Grigori. On the way through the woods, Petunia’s carriage is attacked by highwaymen dressed in wolf masks, and Petunia is abducted once she sees the face of one of bandits. It turns out that the bandits are in fact run by a young Earl, whose lands were lost after the recent war and who’s been forced to turn outlaw to support his dependants. Young Oliver knows that he’s playing a dangerous game, he’s now convinced he’s going to be executed, having kidnapped a member of the royal family. Petunia, however, is appalled that her father has just abandoned the Earl and his people, and promises to argue his case, as long as they take her to Grand Duchess Volenskaya as quickly as possible.