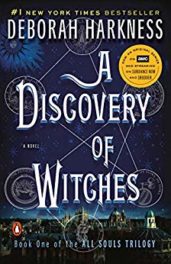 I loved this book when it first came out and I have to say that my re-read of this was painful. Why did I like this so much? Did I not see that Matthew was uber possessive which is my least favorite hero trait? The constant endearments in French may me roll my eyes. Also the Mary Sueness of Diana was beyond ridiculous. She gets powers on top of powers and also decides that the only thing that matters is her love for Matthew. She […] 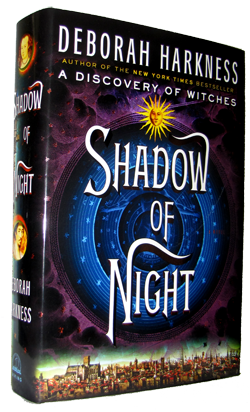 I didn’t quite make the comparison when I read A Discovery of Witches, the first book in the All Souls Trilogy, but after finishing the set it’s obvious: these are books that are pitched toward fans of Outlander (or books like Outlander that fill in the spaces between major plot twists with lots and lots and lots of small expository details.) It’s probably not a coincidence that Deborah Harkness and Diana Gabaldon both have doctorates and both brought a very academic sensibility to their fiction […]

For a book that seemed to be received so positively initially, around the time of release, it seems like all I’ve read lately are reviews that are disappointed by how boring it is and confused by why it was so well-liked. You might say my expectations were pretty low. So I had to laugh as I realized I was enjoying it. A Discovery of Witches is EXCESSIVELY academic. Not just in the subject matter, which obviously is, but in the whole tone and writing approach. […] 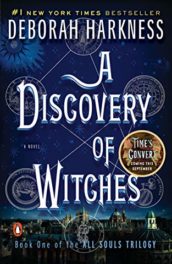 katie: I take full responsibility for this one. I somehow missed A Discovery of Witches by Deborah Harkness the first time around. My interest was piqued after seeing a trailer for the new series featuring Matthew Goode. Here. Have some eye candy: Katie: Anyway, I messaged Patty and was like, “we may have a contender.” 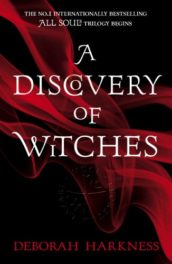 I don’t know how I came to buy this, but I expect that the promise of an epic set in a world of magic may have had something to do with. Sadly, it turned out that this magical epic was instead epically boring, starring the dullest witches and vampires I’ve ever had the misfortune to read about. Diana is an academic, studying the history of science and, in particular, alchemy. Apparently from a long line of witches, Diana has tried to steer clear of magic […]