Open Registration ends 2/10/23 - Sign up for Cannonball Read 15 today!
> FAQ Home
> Genre: Fantasy > “You could have kissed me or slit my throat and either would have made as much sense.” 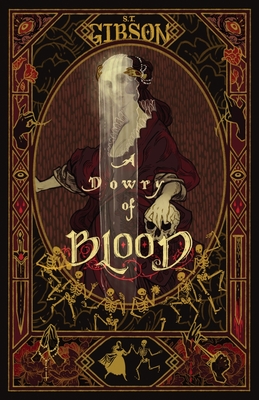 In a lyrical letter to the lover she killed, Constanta recounts their history together, as well as that of his other ‘brides,’ and what drove them to do as they did.

I had high hopes for this book. I don’t usually love vampire romances, because I feel like they often underplay the dark and twisted nature of the vampires of myth – so the fact that this book promised to go back to those terrifying roots drew me to the book.

The book opens with a striking image – a young woman near death, lying amid her massacred village, and the dark stranger who comes to her offering salvation. It ends with an equally striking image – a husband murdered by his wives, being offered up to a seething crowd bent on revenge. Unfortunately, the pages between these two lodestones are not so gripping

While I did appreciate the lyrical writing, I felt that sometimes we were led too deep into the morass of it, dwelling in it to exclusion of a more compelling plot. We drift across the centuries in a leisurely fashion, but despite all the places that Constanta and her master go, nothing ever really manages to leave an impression on the reader. Though Constanta is eventually joined by two more ‘wives’ and falls in love with them both, neither Madgalena or Alexi really feel formed beyond a few impressions about their personalities and what drew them to a life of vampirism.

And so we are left in the end with a few striking images, a narrator floundering in the effort to describe an intense abusive relationship, and a lot of poetic writing. There was definitely a book in this that I would have loved, but for me the delivery fell unfortunately short.