CBR14Bingo – Rec’d: Rec’d by a friend who had to convince me that, no, it was not actually as bad as the title sounded (and y’all know the stuff I’ve read) 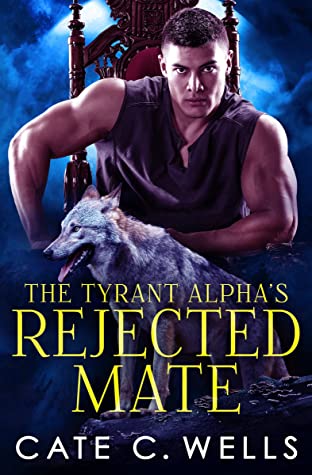 I don’t like bully romances and my track record with the fated mates trope is spotty at best. But after hearing a few trusted friends raving about this book, I gave it a try, and wow, am I glad I did.

After assuming control of the Quarry Pack at a young age, Killian has worked to counter the abuses of his father. But there’s still a long way to go, so when Una, a disabled young woman who exists on the fringes of the pack, claims him as her mate, of course he denies it. For Una, it’s just the latest in a long string of humiliations and rejections. But if he doesn’t want her as his mate, well, then she doesn’t want him either. But Killian can’t seem to get her out of his head now…

Una was amazing. She likes being on the edges of the pack where she’s beneath everyone’s notice. Everyone assumes she’s weak and useless due to an injury she sustained as a child, but she’s brave, driven and highly protective of the other single female wolves she lives with. Nobody notices when she sneaks out to the human farmer’s market to sell jams and other goods she and her friends make in order to earn extra cash. In a pack where the main source of income is winning prize fights, it’s Una’s inner strength, not her physical strength, that sustains her and makes her pick herself up, dust herself off, and keep going. She’s resilient, resourceful, smart, and after that scene where Killian rejected her? Completely unwilling to entertain his crap.

I spent a good chunk of the beginning of the book wanting to yeet Killian into the sun. In his defense, he’s doing a much better job of bringing the Quarry back into the future than his abusive and misogynistic father, but he hesitates to make more sweeping changes out of fear of riling the older and more “traditional” members of the pack. His initial kneejerk (emphasis on the “jerk”) reaction – that Una can’t be his mate because such a weak female could never lead the pack – comes back to bite him repeatedly. Una’s not going to hand him a second chance, and she doesn’t hesitate to call Killian out on his hypocrisy and how his decisions have had effects he never intended. Seeing his pack through new eyes, Killian comes to regret his actions and works hard to make it up to her. Watching him realize how badly he messed up – in every area of his life – and then seeing him figure out hot to fix it was an amazing character arc.

Overall, a compulsively readable take on fated mates, highly recommended for anyone who loves paranormal romance.

And here’s how I’m doing so far on bingo! 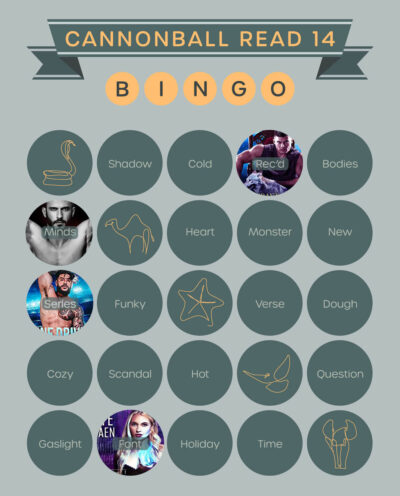