> FAQ Home
> Genre: Fiction > ‘From the first moment he’d seen her picture in the file they’d been given, he’d been curious about this woman.’ 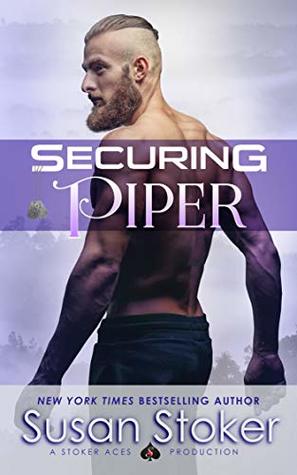 After the orphanage that Piper was visiting is attacked by rebel forces, she barely escapes with her life – and three orphans. Determined to adopt the girls, she marries one of her rescuers, Ace. But it’s not all smooth sailing from there…

I remember sitting up and taking notice when I first read the synopsis of this book, because it sounded exactly up my alley. A marriage-of-convenience! Adopted children! Peril in foreign climes! And as usual Stoker delivered in spades.

The author unabashedly pulls on your heartstrings here with the relationship between Ace, Piper, and the children, and the bond between all of them is palpable. I liked how Kemala especially was given a well-rounded character, and appreciated that the author tried to handle the “white savior” issue gracefully, even if she did not always succeed. I am also glad that the author was kind to the villain and the way the conflict was resolved, even if I was a little wary of the depiction of mental illness.

However, I wished the younger children’s characters were more developed – they kind of fall off in their complexity in the second half of the book. I was also not completely invested in the relationship between Ace and Piper, maybe because I was enjoying that between them and the children too much!

Overall, I enjoyed this book, and am now very curious about the fate of Kalee – who I see has a book of her own.