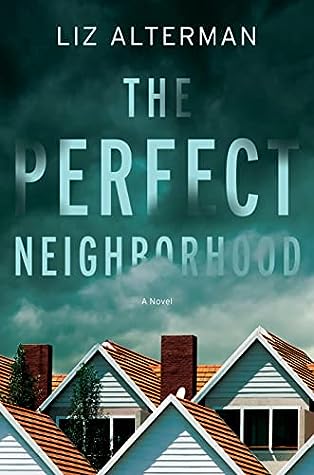 Please note that I received this via NetGalley. This did not affect my rating or review.

Initial thoughts: Wow. Too many points of view. I think I counted 6? I don’t even know. This maybe would have worked better if we followed just Cassidy and her friend Lexi. Also some of the characters like Rachel I flat out disliked. The plot was way too predictable though. It’s obvious what is going on and why and it took way too long to get there. Also I’m not a great fan of the police, but there’s so much here that would never have happened in a real police investigation it was sad. For example, the FBI would have been called in real quick due to Billy’s age. It also made zero sense that no one would have asked for access to cell phones, or gone and looked for cameras on Billy’s route. There’s other glaring things too.

“The Perfect Neighborhood” follows residents of Oak Hill after the kidnapping of a young 5 year old boy named Billy Barnes. The book then follows the mother of the boy who was kidnapped (Rachel), his babysitter (Cassidy), a rich actress who used to live in Oak Hill (Allison), then other mothers in the neighborhood.

So Rachel isn’t that great. I think that Alterman is trying to show you all sides to motherhood and gossip/towns, but it doesn’t work when you get into more backstory on Rachel. I just got tired of her half way through this book. I had sympathy for Cassidy who is broken up about not being there to make sure Billy gets home. Alison’s chapters/points of view make no sense in context of the larger plot for a good portion of the book. The other mothers are kind of awful.

I will say that the plot was straight forward, but as I said above, too many things were not realistic as I was reading this book that just took me out of it. A young boy being kidnapped would have his parents investigated, along with his siblings from the get-go. It seems at times that the local police don’t even know basic things about Billy, and I don’t know if Alterman is trying to show how incompetent the police were or what, it just didn’t really work when we know that this would have pulled in not only local, but state police along with the FBI within 24 hours. A white 5 year old boy goes missing and his family lives in an affluent area? Come on.

The writing was just okay. I could tell everyone’s “voice” apart, but the flow was pretty bad after a while. I think the POV I enjoyed the most was Cassidy. Honestly if we had just followed Cassidy and her true crime best friend I would have been all for it.

The setting of Oak Hill feels a bit bland. You hear about how big these women’s homes are and how they look, but the whole thing felt like bad set dressing.

The ending left things up in the air a bit and I just went what in the world.