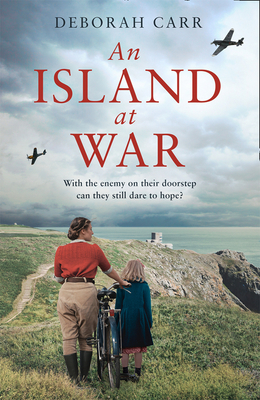 Estelle has sent her younger sister Rosie away from their home just in time, for days later the Germans occupy the Channel Islands. Now both sisters must survive their respective environments as best as they can.

I picked up this book despite the tiring similarity of many WW2 historicals because it had an unusual setting – the Channel Islands, which were occupied by Germans for much of the war. I had hoped that this unique experience would lend itself to a more memorable tale. Unfortunately, it ended up being more run-of-the-mill.

I did like the setting and the way Jersey was depicted, as a pastoral and close-knit community. The author is herself from here and you can tell that she really knows and cares about the island in her writing.

Unfortunately, the characters and situations felt very much like stock WW2 historical characters – the centric girl, some family members, good German, bad German. Issues like the Jewish people being rounded up and the presence of slaves from Russia are touched upon, but nothing really makes an impact. The characters too felt rather lightly sketched, the story plods along without much united plot, and ultimately I just did not find the story engaging.

Overall, I would not recommend this read unless you are a WW2 historical completionist, or conversely have read very few of them.