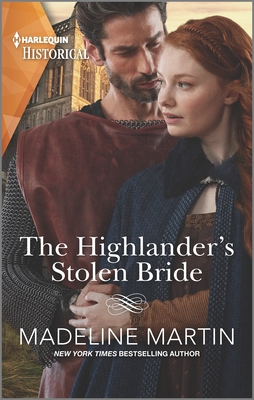 Elspeth is on her way to wed a childhood friend when she is abducted by Calum Campbell, who hopes to use her as a bargaining chip to gain an audience with her brother. But when they begin to fall in love, they must figure out how to end the war between their clans if they hope to be together.

Though it was slow going at first, I soon got sucked into this story of warring clans and unlikely romance. Calum’s gentle nature provides an interesting counterpoint to Elspeth’s boldness, and I enjoyed how he taught her to defend herself. I also thought the romance and plot were well-balanced, as there was plenty of action and adventure, but it did not overshadow the relationship.

This is the third book in the series, and I’ve not read the first two, so I was able to follow along well enough but probably would have better understood Elspeth’s brother Ross, who was integral to the plot, had I read his book. The characters fell in love very quietly, which I did enjoy, but I do wish there were more transitional scenes from enemies-to-lovers in the first half – but then I do understand the constraints of the page count too.

Overall an enjoyable read that delivers on what’s promised on the tin.