It didn’t take too long for me to realize who this author reminded me of.  Not particularly his style, but more his content.  Hemingway.  Coming from me, that is not a complement.

Faulques is a professional photographer who specializes in the battlefield.  In Serbia, he photographs a young Croatian fighter, Markovik, and the picture wins a prestigious award, and is also published widely.  Unfortunately, it also makes Markovik himself famous, and his wife and child are killed.  Thus, he is searching for Faulques.  Meanwhile, Faulques has lost his fellow photographer girlfriend (and only at the end, we realize how messed up that situation was), and has retired to his native Spain, taking up painting instead of photography.  He purchases a lighthouse and is in the process of painting the ultimate battle scene on its interior wall, a mélange of famous battle paintings and his own images from his past.

So now we get to the song and dance which is the basic plot.  Markovick shows up, threatens to kill Faulques, and then they sit together, smoking and drinking cognac, discussing the painting.  The central volcano.  Warriors from the past.  The bloodied raped woman with her terrified son at her side.  As one does.  And then Markovick leaves as the sun is going down telling the other, maybe tomorrow.

But why?  What was the point of it all?  Manly men fighting it out with the occasional female collateral damage?  Never explained, as far as I was concerned.  And I gotta say, calling Fualques “the painter of battles” at least six times a page was driving me nuts, but that might be a translation glitch, since it was originally written in Spanish.  All I can say is that I read The Sun Also Rises once, and that was more than enough for me. 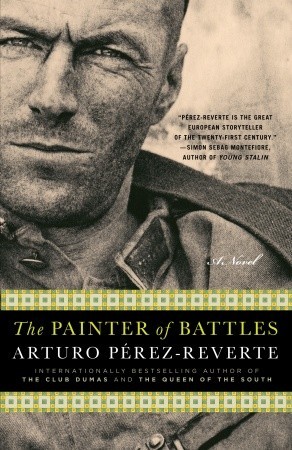