So apparently the fictional detective Harry Bosch has been around almost as long as I have.  The Black Echo was published in 1992.  I mean I was born in 1981, so it’s basically the same thing!  Anyway, I didn’t know about him for a while.  He was actually in another book I read by Michael Connelly a few years ago, as there’s apparently a Harry Bosch Universe!  He was an old man in that book though. 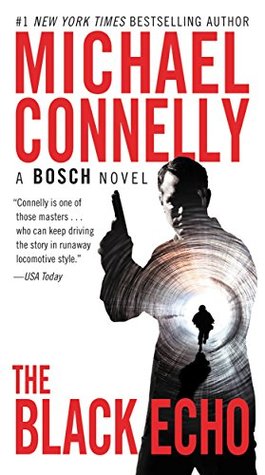 Harry Bosch is a fairly young man in this his first story.  I think he’s in his 30’s / 40’s, which I consider young (see year of birth above).  He starts out this story in the Hollywood Division of the LAPD.  It sounds ritzy, but apparently that department is the bottom of the barrel.  Harry was knocked down a few pegs after shooting a serial killer who was reaching for a toupee (not a gun).  I hope that story comes up one of these days, because it sounds very interesting.

Anyway, he’s called to a murder where a body was left in a drainpipe at a dam.  At first everyone just thinks it’s a “hype”, which is I guess cop speak / derogatory term for a needle drug addict.  Harry recognizes him eventually as someone he served in Vietnam with.  Everyone also thinks it’s just an overdose, but Harry wants them to look into it further.

This is an endearing character trait that repeats through the Harry Bosch stories.  He’s not one of those “it’s just a junkie”, or “they did the city a service” cops.  He legitimately cares (maybe cares isn’t the right word).  He legitimately wants justice (there we go!) for each victim.  He doesn’t want them to just be written off or discarded.  He wants to know who took their lives and he wants them to be punished.

This story ends up back in the tunnels and connects to a bunch of elaborate bank heists with some interesting characters.

I’m hooked on Harry and I’m going to read every Bosch book my library / Kindle Unlimited has! 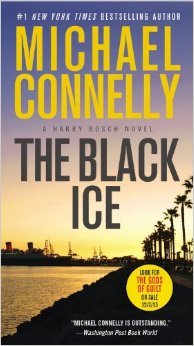 Harry is constantly being reminded by his superiors that he doesn’t play nice with the “team”, which is the LAPD.

So he just keeps on trucking this way in this book too.  Like I said above, he’s concerned about justice, not the public face of the LAPD.  This gets him into trouble regularly, but because he’s such a good detective, they don’t actually get rid of him.  They make sure he knows though.

We start this story with Harry on call, but they don’t call him.  A fellow cop is found dead, of an apparent self-inflicted gunshot wound, and he hears it on the police radio.  So, Harry being Harry, he goes to the scene.  They’re like “we didn’t call you”, and he’s like “I’m on call, why didn’t you call me?”.  Then they decide to use him for the worst job – letting the family know.  He goes to the wife’s house to tell her they found her husband’s body.

Harry’s not on that case officially, but he also doesn’t believe it’s a suicide.  His boss has him work on a coworker’s caseload to try to balance the books for the year.  Oh yeah, that cop was found dead on Christmas eve.  Of course nothing is as it seems, and Harry doesn’t believe in coincidences or cover ups.  There’s a drug angle too, which is where the title comes in.  It’s a new form of something (crystal meth?  heroine?  I can’t remember), and it’s called black ice.  It originates in Mexico and is somehow getting trafficked into the US.

He heads down to Mexico to try and figure it out.  In true Harry style (see I already know his style after only 2 books!) he gets shot at, threatened, almost attacked by a bull, and other bad stuff.  Like I said – I’m hooked on Harry.  These were 2 good books!