> FAQ Home
> Genre: Comedy/Humor > “All the Creme de la Meh will not make a bulldog look like a Chihuahua.” 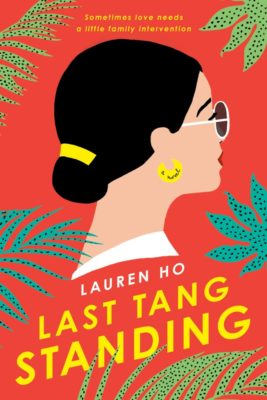 Did you love Crazy Rich Asians? Did you wish you love it but couldn’t connect with the two dimensional characters and weak plotting? Has your love of books about rich people kind of mellowed in the last year because of the *gestures at everything*?

I’ve got a book for you.

Plot: Andrea Tang is being crushed under the weight of her family’s expectation. She loathes her job as a corporate lawyer, which she has because her mother told her that was her sole career option, she lost her fiancé because of said job, is pressured heavily and daily by her family to marry, and other than a small group of relatively close friends, mostly just works and heavily self medicates with alcohol and mindless games. But she can still Have It All. All she has to do is make partner this year and find a nice, rich, well educated East Asian (ethnic Chinese, ideally) man to marry. Then babies and happiness. And the closer she gets to actually managing this, the more she realizes how little it seems to matter to her.

I don’t remember who recommended this book to me, but they had to be a trusted source, because a review of a book being compared to Crazy Rich Asians would make me run the other way. There’s a difference between humour steeped in a specific culture and just using lazy stereotypes. This book might seem quite similar in that way. When you meet Andrea, she’s the stereotypical Good Asian Daughter. She does basically whatever her mother says, intensely overachieves even when it doesn’t matter, and has every intention of following the prescribed path before her for no reason other than she’s supposed to. Her mother too, comes across as little more than a vicious Tiger Mom stereotype to start. A woman who seems to do nothing but obsess over her daughters’ every move and how well they’re climbing the success ladder, no matter how much it hurts them, you’d be forgiven for rolling your eyes for how predictable her behaviour is.

But even from the start, Ho is signalling to us that this is not that kind of story. People’s prejudices are called out instantly, stereotypes of Asian parents are quickly recontextualized as helicopter parents that can be of any background, and most critically, we learn quite quickly how unreliable our narrator is.

The book is written as entries in Andrea’s diary. Sometimes there are 10 per day and sometimes she has a sentence for several weeks. Andrea is incredibly smart, but it is apparent how utterly terrified she is of stepping out of line, to a point where her default response to problems is to run away and drink herself into oblivion. So pretty quickly the reader starts to question how fulsome her reports of incidents are, especially when she hints are some pretty obvious clues that she’s deliberately ignoring.

I’m not going to lie, I wanted to bash Andrea’s stupid face in more than once. I don’t know how likeable of a character she really is, but she is very relatable. It was so clear to me that the way things were progressing, the constant, massive steps back and self sabotage were necessary for her to properly move forward. This book teaches you patience. Andrea is very real, which means she needs to be taught the same damn lesson 100 times before it sticks, just like the rest of us.

Also, this book has romance in it. Andrea finding love is a central theme to this book. I would not call it a traditional romance. She spends most of the book avoiding the obvious OTP in favour of more traditional choices in partner and you have nearly no time at all with the pair. So he’s great, but that storyline has no more weight that her career dissatisfaction. Less even. It’s about Andrea learning who she is, what she wants, and how to go for it. So don’t come here looking for a Romance Novel.

The last thing I want to say about this book is that it is *hilarious*. Andrea has a phenomenal sense of humour and she surrounds herself with friends that have the same sharp, dark sense of humour that I respond best to.

So what are you waiting for? Go read it.