> FAQ Home
> Genre: Science Fiction > Must read for Farscape nerds like me

Our June Cannon Book Club theme was The Future is Queer. From the four reading options, I chose The Long Way to a Small, Angry Planet by Becky Chambers. This sci-fi novel has been on my list for a while especially after so many rave Cannonball Read reviews.  The book club discussion was a perfect excuse to finally read it. This book has space travel, engaging characters, and a big dose of heart. It was a welcome escape from the chaos of the world. 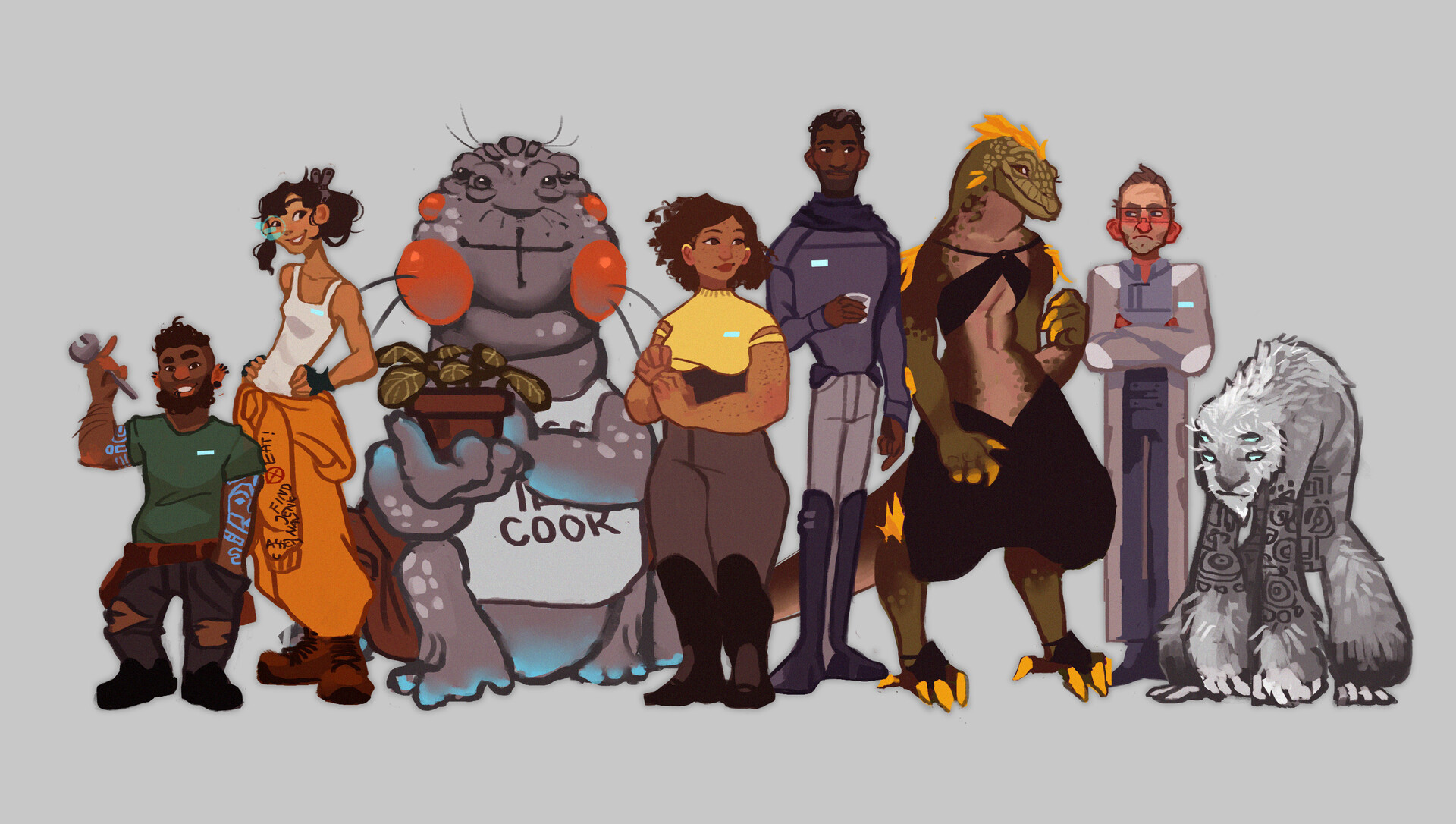 The story begins with Rosemary Harper on her first day aboard a hyperspace tunneling ship. She’s a human from Mars with a past seeking the stars where no one knows her. She warily meets the ragtag crew of humans and aliens. Sissix the amorous reptilian pilot is like the mama bear of the ship. Ashby is the captain and voice of order when needed. Jenks and Kizzy are the boisterous engineers while Corbin is the loner scientist. They get a big assignment to dig a space tunnel to a planet known for constant warfare. It’s dangerous, but the money is too good to pass up. The space council assures them that they’ll keep them safe. You can guess how that turns out. The book charts their adventures (and romances) as they make their way to said “angry planet”. We discover the various worlds and respective customs through Rosemary’s eyes. Much of the book shows how she comes into her own and meshes with the crew.

I’m a big fan of the Syfy series, Farscape. My first geeky convention was a Farscape con right when they canceled the series. It was still amazing and the first time where I found people as obsessed with sci-fi television like me. If you love that series, you must read this book. It will fill the Farscape hole in your heart.

When I was googling the author, I came across her Barnes and Noble guest blog about binging Farscape. She confirmed that she was heavily influenced by the series, which is absolutely fine by me! Similar to Rosemary’s journey, a human named Crichton is thrust aboard a ship full of aliens. He also has to adapt to the unknown species and worlds as they traverse the galaxy. Their ship Moya isn’t an AI, but it’s alive and must be protected like Lovelace in Chambers’ book. The tv show sees the crew flirting with danger a lot more than the Wayfarer. I really loved how the book normalizes queer characters and attraction to whoever feels right. I enjoyed all the characters, but Doctor Chef was one of my favorites. He has some real zingers but is also very wise. This book is a fun ride and only just the beginning. I will definitely pick up the other books to see where the Wayfarer tunnels to next. If you’re looking for a character-driven and accessible story set in space, give this series a try.

Check out more of my writing on my blog, Confessions of a Pop Culture Addict.