> FAQ Home
> Genre: Fiction > Katherine Center writes a very particular type of book — and helped me hit my 5th cannonball of the year!

​I really enjoyed her novel How to Walk Away, so once I finished it I sought out some other books by Katherine Center. These were all great reads, although it’s likely that by this time next year I will have no recollection of them whatsoever. They’re those kind of feel-good books that you enjoy in the moment even if they’re not going to stay with you for a long time. 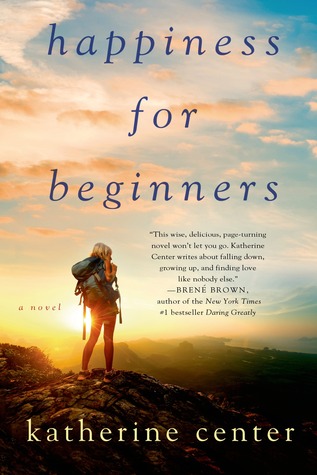 I liked this one primarily because I could see myself in it — at 32, Helen Carpenter’s divorce has been final for a year. But she hasn’t moved forward — or anywhere — in that time. So she decides to sign up for a crazy wilderness course (the kind where people have died on it before, which is pitched as a selling point) to prove to herself that she can get her shit together and move on. In the manner of such novels, she’s thrown together with her much younger brother’s best friend, who’s had a crush on her for years.

The love story in this book was perfectly serviceable — the boy proves himself to be more than just some 22 year old, and watching him and Helen interact was fun and engaging. But the story of Helen finding herself along this absolutely insane course was kept me hooked. She overcomes so much, at such great cost, that it’s impossible not to cheer for her. 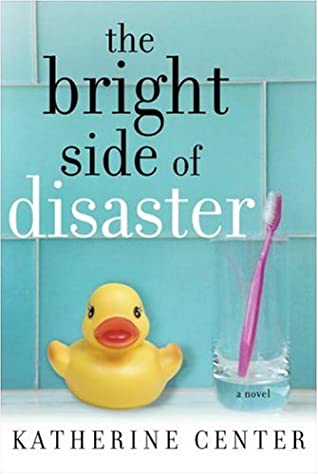 (3 stars) The Bright Side Of Disaster by Katherine Center

Another “useless man abandons woman, woman finds inner strength” story, only instead of finding herself out in the wilderness, Jenny Harris finds herself pregnant and suddenly alone. When her fiance abandons her just before her due date, she’s basically forced to put on her big girl panties and figure out not only how to be single, but how to be a single mother. She rocks it, of course, but it’s a rough road getting there.

“Something good was happening. My life was rising from the ashes, and the sight of it left me feeling something like hopeful.”

This book was buoyed by a great supporting cast — the best friend who dumps her cat on Jenny then goes and falls in love with her vet; Jenny’s long-separated parents who pitch in with the baby, and reconnect; the mommy and me group that gives Jenny a social outlet and a lot of advice. Compared to Helen from Happiness for Beginners, I found Jenny to be a slightly less compelling main character, but I enjoyed watching her figure out the single mother thing nonetheless. 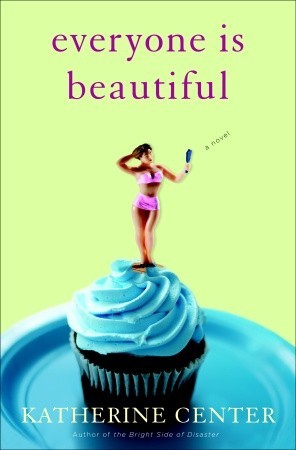 (2 stars) Everyone is Beautiful by Katherine Center

Well they can’t all be winners. Katherine Center’s Everyone is Beautiful, published a few years prior to the books I liked a lot more, was resoundingly fine.

Lanie Coates and her husband have recently sold their home in Texas and uprooted their three small children to move to New England in order for Peter to pursue the next step in his career. Lanie has let herself go in a lot of ways while in the process of trying to keep three small humans alive. I have only two small humans, but I definitely can relate. After another mom makes the unbelievable faux pas of asking Lanie when she’s due, Lanie decides to get her life in order. She does this by joining a gym, trying to make new friends, and starting a photography class.

It’s not a bad book in anyway, but I didn’t find it to be particularly enjoyable either. There’s a subplot with a guy at the gym who’s sort of stalking her and ends up being her photography professor that just felt icky to me. I do think Center did a great job of portraying how easily a marriage can not necessarily fall apart, but just sort of…drift away without anybody noticing in the process of child-rearing. But this was definitely my least favorite of these three.