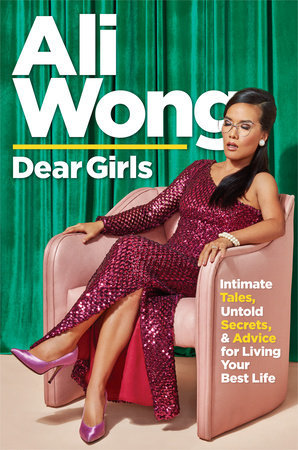 There is a line in one of Ali Wong’s stand-up specials (I think it was Hard Knock Wife but I’ve seen them both so much that it’s hard for me to keep track) where Wong says something like, “people ask me if I’m going to tone it down now that I have a daughter”. And her response is basically, “f— no!” And this book definitely supports that. If anything, it’s even raunchier then her stand up. The fact that it’s written with the intention of her daughters reading it one day doesn’t surprise me at all though. Wong definitely has a reputation for being raw and and honest even when it’s extraordinarily unflattering.

With chapters covering everything from Wong’s childhood and her relationship to her siblings and parents, to how she met (and trapped) her husband, to how she has dealt with her current level of celebrity, this book is basically everything you could ever need to know about Ali Wong. I found it really interesting how she relates to her mother, a woman who obviously had a completely different upbringing then Wong did and lives in a totally different universe than Wong lives in now. When Wong talks about how she and her husband are hippies in her stand-up, she’s not joking. It’s very funny to see the contrast between her mother telling her just feed the baby’s formula because she turned out fine, and her husband’s ending chapter which discusses mindfulness and inner introspection. It’s obvious how much family means to Wong, for all of her joking. She takes her husband and daughters on tour, even, which is amazing.

The book is hysterical and over the top. if you like her stand up, you’ll like this. If you don’t like her stand up, or haven’t watched it, this might be a bit much. I would definitely recommend the audio version if you can find it! 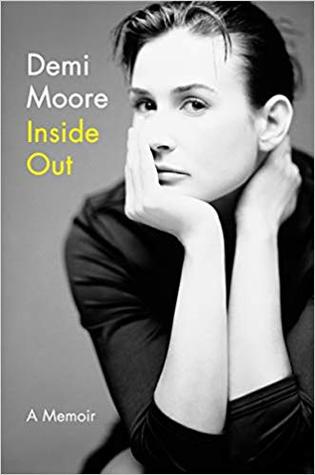 (3 stars) Inside Out by Demi Moore

I normally leap at the chance to read a celebrity memoir, but I held off on Demi Moore’s Inside Out for a little bit because I kept seeing articles about the more gossipy aspects of the book. And honestly, the more name-dropping occurs in the book, the less I tend to enjoy it But then I started seeing really good reviews so I thought I’d give it a try. My experience fell somewhere in between. Demi Moore does talk a lot about a lot of the famous people she knows. But in her defense, she was married to two extremely famous men, very publicly, for a long time. I found the sections dealing with her childhood and her absolutely insane relationship with her parents to be the most intriguing. The woman has definitely been through a lot and her life story is worth a read.

Moore spent most of her childhood relocating once or twice a year. Her parents were extremely unstable, both alcoholics and addicts and incapable of staying in one place for very long. Her father had numerous affairs and her mother’s reaction was often to pick everyone up and move to another city to avoid the problem of the other woman. Of course, that just meant the problem came with them. From this unstable childhood, during which Moore suffered from considerable emotional abuse as well as a sexual assault that was possibly orchestrated by her mother, she managed to strike out on her own and begin modeling. From there, she started acting, and eventually became the celebrity we know her as today.

“I got here because I chose men with the same qualities as my dad and my granddad, and I turned myself inside out trying to please them.”

If you want dirt on her marriages to Bruce Willis and Ashton Kutcher, and how they went south, she definitely does not hold back here. She’s also really honest about the part that she played in those relationships ending. More interesting were the sections discussing her struggles as a woman in Hollywood. She has suffered from an eating disorder, as well as addiction to drugs and alcohol. Moreover, she’s never felt that she’s good enough. From producers telling her she needed to lose weight for role to criticism about her parenting, she’s really been put through the wringer as a woman, as an actress and as a human being. Moore talks a lot about therapy she’s undergone, and it sounds like she’s in a much better place now, although at the end of the book, she was still struggling to reconnect with her daughters after her marriage to Kutcher ended.