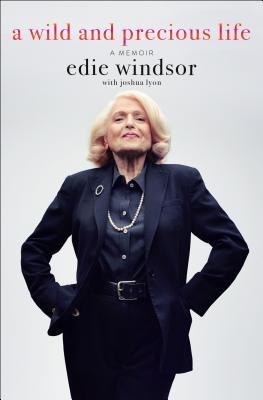 (5 stars) A Wild and Precious Life: A Memoir by Edie Windsor, Joshua Lyon

I LOVED this book. LOVED it. It’s funny and smart and made me cry sad tears AND happy tears.

If you know nothing about Edie Windsor, you probably at least know this: she brought the case United States v. Windsor to the Supreme Court in 2013, defeating section 3 of the Defense of Marriage Act. Stories about Windsor and her wife Thea were everywhere — they had been together for 40 years, and when Thea passed away, Edie was forced to pay insane inheritance taxes that would not have applied had they been legally married. A long-term activist, Edie decided to take this as a sign and fight.

A Wild and Precious Life (by the way, that’s a Mary Oliver quote that I saw originally in Nora McInerny’s writings and will likely end up in ink on my body at some point) starts with Edie’s childhood. She talks about growing up in the 30s and 40s, coming to terms with her sexuality in the 1950s (after ending her marriage to a childhood friend) and ending up in New York. She worked for IBM for almost two decades and became incredibly well-known for her skills. Still, she compartmentalized her life — many of her co-workers did not know she was a lesbian for decades. Interspersed with the steps she took in life are fascinating stories about her friendships, her family, and of course, Thea.

Lyon took over completing the book after Edie passed away, and he did an incredible job of finishing Edie’s story for her. It’s filled with history — not only Edie and her family, but the history of the gay rights movement and IBM and New York City. Edie was witty and wild and unafraid. It’s just a really rich story and I loved every minute of it. 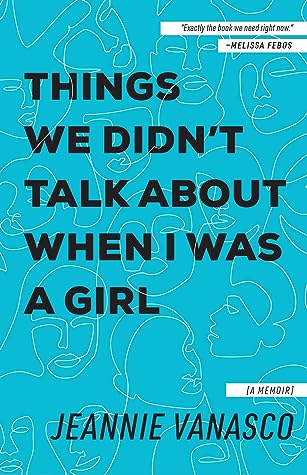 (4 stars) Things We Didn’t Talk About When I Was a Girl: A Memoir by Jeannie Vanasco

I read this one a while ago, but I’m having trouble reviewing it because it was a tough read. It tackles some really painful and emotional subjects, and while the writing style wasn’t my personal favorite (it bounces around a lot), I found the content to be incredibly brave and thought-provoking.

“I want him to call the assault significant—because if he does, I might stop feeling ashamed about the occasional flashbacks and nightmares. Sometimes I question whether my feelings are too big for the crime.”

When she was in high school, Vanasco’s best friend raped her at a party. She spent years trying to come to terms with calling it rape, unable or unwilling to label what he did as sexual assault. And then, of course, processing the attack itself has consumed Vanasco’s life. In an attempt to give herself some closure, Vanasco uses this memoir to reach out to her rapist and meet with him. The book discusses how she came to that decision as well as everything that happened once she did.

“I want to be honest here—because I doubt I’m the only woman sexually assaulted by a friend and confused about her feelings.”

Vanasco tears down and rebuilds a LOT in this book: the actions of that night, her friendship with her rapist in retrospect, her memories of their time together. She analyzes how she feels about him, what it would mean if she forgave him, and how  other men who abused her affected her relationships in life. I found the sections where she compared her experiences to others very compelling. Does her assault somehow count less because she wasn’t penetrated with a penis? Because she knew her attacker? Because she was drunk? (the answer is a resounding NO but I found her thought process getting there to be very relatable).

It’s a really tough book — I read it slowly, just a few sections at a time. But it’s powerful and well-worth your time. 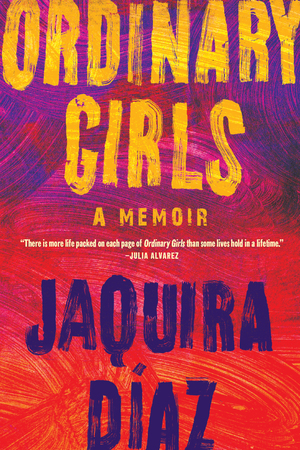 Here’s another incredibly compelling memoir, although I blew through this one in a couple of days because I could not put it down. It’s violent and upsetting and at times hard to follow — Diaz likes to give information about future events tucked in with past events pretty frequently. But this book had me in its grips from the beginning and this woman’s life truly amazed me.

Jaquita “Jaqui” Diaz move to Miami Beach from Puerto Rico when she was in elementary school. She looks back at her time in Puerto Rico fondly, even though her family had very little. Her time in Miami was full of violence and drugs and instability. She bounced back and forth between her schizophrenic mother and her cheating father, all the while staying very bonded to her sister and receiving physical abuse from her older brother. Her father’s mother (her abuela) was a place of refuge, but her mother’s mother frequently berated her for her dark skin. Diaz acted out in every way you can imagine, from cutting class to doing drugs to stealing to having sex on the beach. Eventually, she got married and then joined the military. She also found refuge in creative writing.

Interspersed with stories of her childhood, Diaz brings up all of the other violence occurring in Miami at the time. Specifically, she talks about the Baby Lollipops case that took place in 1999, as well as Casey Anthony’s case 20 years later. This larger environment of violence coupled with the violence she experienced at home and in school makes it even more amazing Diaz survived her childhood, much less became such a successful adult.