> FAQ Home
> Genre: Fiction > I have read like, a LOT of serial killer fiction lately. I’m probably on a list somewhere now

I enjoyed the hell out of this series — I downloaded the first one because Audible had it on some kind of special, and I ended up listening to all 4 books in less than three weeks. They reminded me a lot of Lincoln and Child’s Pendergast series — I loved these books about FBI agent Aloysius Pendergast when I was a teenager, and I have the sudden desire to reread them now that I’ve finished this series (book 4 does end of a cliffhanger, but it just came out this year so I imagine I’ll be waiting for the next one for a while). Anyway, onto the reviews! Obviously, reviews for book two, three and four will contain spoilers.

The Naturalist starts out with our main character, Dr. Theo Cray, getting arrested for murder. A former student of his has been found dead in the woods in Montana near the town where he’s been doing research. He’s quickly cleared of the crime when investigators concluded that a bear must have committed the attack. But Cray finds discrepancies in the evidence collected and refuses to believe that a bear really did it. Using computer models that he builds as part of his work as a computational biologist, he determines that the rash of missing women in and around Montana indicate something how much more sinister (and human) than a bear.

Cray is an incredibly smart individual with pretty limited social skills (he may or may not be on the spectrum, I don’t think the author ever comes right out and states it). But he’s not a caricature like Sheldon from The Big Bang Theory. He reminds me more of a character like House, somebody who’s so freaking brilliant that he doesn’t really know how to communicate with humans, but he still bound and determined to solve their puzzles. He’s less of an ass though.

In addition to enjoying Cray’s character, I found the science behind his methods fascinating. I don’t know how much of it is really true, but the software he uses to track patterns of disappearances was kind of cool. I also love some of the techniques he used out in the field, like identifying grave sites by the plants growing on top of the corpses. The book is pretty violent at times – a lot of women were murdered and he gets his ass whooped more than once while investigating. But I was hooked pretty quickly by the combination of his social bumbling and computer smarts.

After the events of The Naturalist, Cray has a reputation as a serial killer hunter. Despite the fact that he just wants to get back to his classroom and his lab, he keeps getting approached by grieving families wanting closure or justice for their loved ones. One guy catches his attention — his son was killed 9 years ago, possibly by a killer whose still out there. This killer seems to be targeting poor neighborhoods, stealing and murdering young black boys. Like the victims from the first novel — typically prostitutes or “troubled girls” — the victims of this killer are often ignored or dismissed by the police. This gets Cray’s interest, as does the urban legend about the Toy Man — a black Santa who roams these neighborhoods to pass out toys to good children…and punish bad ones.

“We exchange knowing nods, aware that this won’t really end the pain, but killing monsters never does. It’s just something you have to do when you see them for what they are.”

Like in the first novel, Cray spends a lot of time butting heads with law enforcement trying to get them to even realized a crime has occurred, before giving up and solving the damn thing himself. His reputation both helps and hinders him — some people think he’s a crackpot, some people thinks he’s a hero. I feel like we get to know him a little better here — he’s quirky and moody but goddamn it he cares! We also see the fallout of from the ending of book one, which I won’t go into here, but I think the author did a good job of not just letting Cray off the hook for his actions (even if it’s just internal).

This was probably my least favorite of the four, but it was still a good read. And it sets up a lot for the fourth book.

“While legal lines sharply define what can and cannot be done, our personal sense of right and wrong doesn’t necessarily hew so closely to them.”

In Murder Theory, Cray gets called in by the FBI to investigate a double homicide committed by one of their own technicians — a man acting like a completely different person. Cray gets sucked into this mystery, even after the FBI decides not to pursue it. I don’t want to say much more, because the theory he comes up with and proves is BANANAS, but let’s just say you have to suspend your disbelief a little more than in the others. Or maybe it’s more realistic than I realize, which is actually kind of terrifying.

Murder Theory was an interesting read and Cray does this whole thing with faking a serial killing that seriously impressed me. I also really like how they explore his relationship with Jillian a bit more here. They’re both becoming very well-crafted characters. 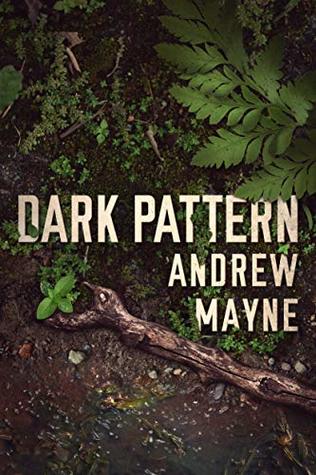 Okay, now I’m caught up on these books and this one ends on a massive cliffhanger, so Mayne better hurry up and get the next one out. This review contains spoilers for Murder Theory.

In Dark Pattern, Cray is dealing with the repercussions of his investigation in the prior book. Specifically, the possibility that he contracted the Hyde virus and will eventually lose his mind and kill everyone he knows. In that thing that protagonists do to make things as difficult as possible for themselves, he refuses to reveal any of this to his loved ones (to protect them, of course) and instead undergoes weekly MRIs to watch out for possible changes in his brain that might indicate infection.

In addition to that, he’s still hunting serial killers. Specifically, a nurse who has been killing sick children. This hunt leads him to hospitals across the country (and outside it), looking for a pattern in deaths that might indicate a killer at work. By the end of the novel, Cray is most definitely losing his mind — but whether that’s due to the Hyde virus or his obsession is unclear. Mayne does a great job of writing from the perspective of a man losing sight of everything but his goal. The last few chapters of this had me stressing beyond belief. 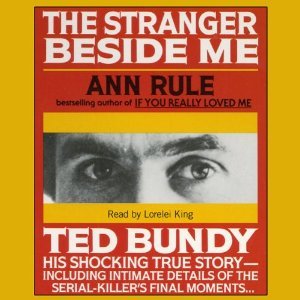 The Stranger Beside Me: Ted Bundy The Shocking Inside Story by Ann Rule

So I didn’t like this, and that surprises me — it’s super well-reviewed on Goodreads, and generally considered amazing for its author’s insights into the Bundy case. Part of my issue may have been the format — I listened to the audio book and the production value was not great — very crackly and the reader sounded very rushed. But mostly, Rule’s relationship with Bundy just gave me the creeps.

So Ann Rule was working at a crisis center in the 1970s, alongside a man named Ted Bundy. She found him shy but polite, and eventually became friends with him. When she began helping police with their investigation into a series of murders along the West Coast, Rule had no reason to suspect her friend until a witness reported the possible killer introducing himself to a victim as Ted. Rule’s friend also drove the same car as the killer — a bronze VW Bug. She tipped off the police about the possibility, but didn’t entertain it seriously. When Bundy was finally caught, she still held onto the belief that he might be innocent.

Rule does give some good insight into what took the police SO LONG to investigate Bundy — other people thought he might be responsible but there were SO many tips police couldn’t process them all. And he was careful. But I hated how, even with the benefit of hindsight, she defended her friendship with Bundy. It just kind of grossed me out, to be honest.