Y’all, I read SO MUCH NON-FICTION. I really like books in the category of “interesting lives”, whether or not they’re celebrities or well-known in any way. Two of these books are biographies of very interesting people, and the third a memoir written by the man himself. 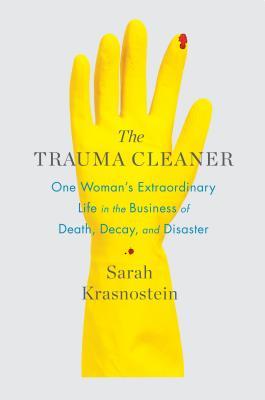 (four stars) The Trauma Cleaner: One Woman’s Extraordinary Life in the Business of Death, Decay, and Disaster by Sarah Krasnostein

This book was not at ALL what I expected, but I ended up liking it even more because of that. Trauma cleaning is one of those jobs that you don’t really want to think about, but if you did, you would realize how very necessary it is. In many cases, trauma cleaners are called out to crime scenes after the police have finished their work. If CSI comes in and collects evidence from your house after someone is murdered, that doesn’t mean they’re going to clean up after themselves when they’re done. Sure, they’re going to haul the body out but what are you going to do about your carpet?

Men and women in this industry also often help out in situations where a crime has not necessarily occurred, but living conditions have become hazardous. Oftentimes that’s hoarders. It could also be in the event of a flood or toxic mold or some other dangerous circumstance. A trauma cleaner must be prepared to handle a myriad of situations, from knowing what must be destroyed to what could be saved, as well as having the correct equipment and contacts to take care of the mess. I have never been a fan of Hoarders, but I used to watch Niecy Nash on Clean House all the time. I always appreciated how much of that sort of job also requires the person doing it to have the ability to connect with others. You are talking to people who are unable to care for themselves or their houses, usually from a combination of mental and physical setbacks. Just because you take all their trash out doesn’t mean that they’re going to be able to maintain a healthy lifestyle. Sometimes, you might even have to talk them into having the work done at all.

All of these skills and factors are combined the subject of The Trauma Cleaner, Sandra Pankhurst. I was expecting this to be a book about what goes into cleaning such a house and what sort of circumstances a trauma cleaner might come into play. It definitely covers that, but Sandra Pankhurst as a human is so much more fascinating than the business that she’s in. A transwoman who suffered abuse at the hands of her family as well as society, and sought refuge in drugs and alcohol, Sandra ultimately found herself as a grown woman with a gift for helping people who need more than just a clean carpet. Her incredible life combined with excellent writing makes this an absolutely fascinating portrayal. 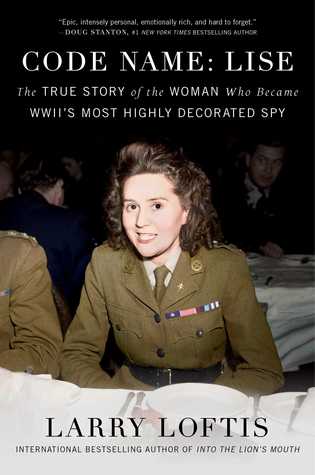 Odette Sansom became WWII’s “Most Highly Decorated Spy” sort of on accident. Looking for a way to help the war effort in 1942, she submitted some photographs of the French coast — to the wrong office. They ended up in front of Colonel Maurice Buckmaster, who interviewed Odette and found her to be intelligent, strong and fluent in French. She put her children in the care of a convent and joined up under Buckmaster, serving in France under the code name “Lise”. Starting out by aiding those in the French Resistance with finding safe house, Odette was eventually arrested, tortured and imprisoned in a concentration camp but never broke under the interrogations. She survived her time in the concentration camp, and ended up escaping with the aid of a Nazi officer who thought he might be able to use her as a bargaining chip. She testified at the Hamburg Ravensbrück Trials in 1946.

In addition to going into great deal about her life as a spy and time in the camps, Loftis also details Odette’s affair with fellow spy Peter Churchill. It was actually his name that helped her escape the camp (the officer who aided her thought she might be worth more if she was related to Winston Churchill, which she was not in the least). After the war, she divorced her first husband and married Churchill.

The combination of amazing heroism and the love story almost makes this too good to be true — it seems like a dream created by Hollywood. But Loftis quite obviously researched Odette’s story thoroughly, and his sources and references seem legit. That being said, it does read like a thriller, not a biography, which makes it that much more enjoyable. 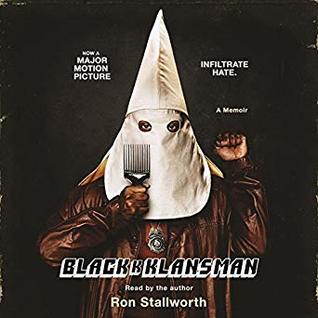 (three stars) Black Klansman: Race, Hate, and the Undercover Investigations of a Lifetime by Ron Stallworth

Ron Stallworth’s Black Klansman (recently turned into a movie that I haven’t seen–yet anyway) was probably the weakest of these three. The story itself was interesting, but I think Stallworth would have benefited from a ghost writer or at least a co-author. That being said, I can imagine it made one hell of a movie in the right hands.

Detective Ron Stallworth, the first black detective in the history of the Colorado Springs Police Department, did something on a whim that ended up having huge results — he applied to the local chapter of the KKK after seeing a classified ad in the paper. With NO prep work (this made me crazy, he didn’t even use a fake name), he began corresponding with the chapter leader. Pulling a white detective in to act as the “face” of his undercover role, Stallworth befriended KKK members, gaining powerful information that allowed him to sabotage cross-burnings and lead to many arrests.

No doubt — the balls on this guy were huge. Unfortunately, his writing style was pretty meh. It bounces around a lot, with occasional forays into his personal life that popped up out of nowhere. His story definitely deserves a better re-telling, and I’m glad to hear the movie was supposed to be really good.