> FAQ Home
> Genre: Fantasy > The Truth About Cats and Werewolves

I’ve been in the mood for classic horror paperbacks lately. I recently read Whitley Strieber’s Hunger trilogy and liked the first book, so thought I’d try two more of his earlier works. His first book. The Wolfen, was written in 1978. It follows two New York City police officers, Rebecca Neff and George Wilson, who try to solve a seemingly unsolvable case — the brutal attack of two fellow officers. All the signs seem to point to an animal attack, but not just any ordinary animal. The book is fast-paced, and for the most part a great read. Strieber tries to force an uncomfortable and implausible romance between Neff and Wilson. This was handled much more smoothly and believably in the movie version of the book starring Albert Finney in 1981. That movie, although with some changes, like bringing in a Native American mystical element, helped underscore the book’s commentary on the state of the city — especially the burned-out Bronx and other abandoned areas and their homeless populations. Disposable people can easily become prey. But I really did enjoy the book, especially the sections where the reader gets to follow the wolf pack and get into their heads. 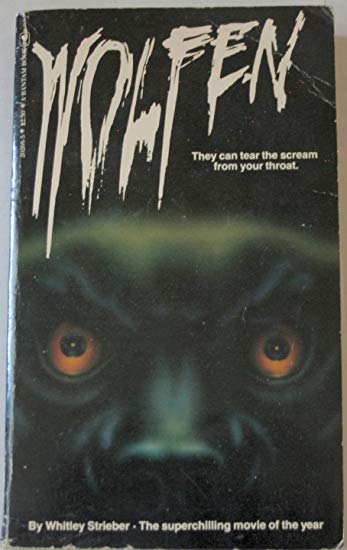 In 1986 Strieber released Catmagic, an interesting take on Wicca. It must have seemed quite strange at the time. Reading it today, some of the actions of the coven seem quite benign, and their rituals not that far from your average Renaissance Faire. But of course Strieber takes it to another level, mixing (not aways successfully) the white magic of the coven and the not very benign scientific efforts of a messed-up doctor to stop a life and then bring it back — a la Frankenstein. Add to the mix a perverted evangelical  preacher and things really get crazy. And did I mention the huge black tomcat who just might be an agent of Death? As wacky as things get, the book is never boring and there were some sections I liked a lot. 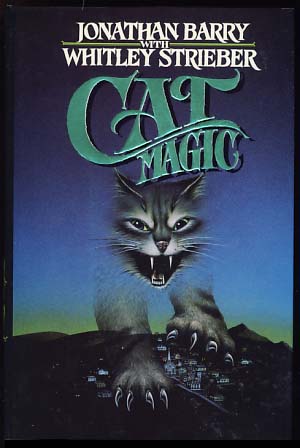 You can read more of my reviews on my blog, xoxoxo e