> FAQ Home
> Genre: Fiction > Have some actual sourdough ready before you start. #CBRBingo

I read and enjoyed Robin Sloan’s debut novel, Mr. Penumbra’s 24-Hour Bookstore, when it first came out a couple of years ago. I thought it was a fun concept that didn’t quite hit all the right notes, but was so short and fast to read that I forgave it a lot. This one was also a fast, short read, but it hit me emotionally in a way that Sloan’s first novel didn’t. Some of the storylines and themes didn’t come together perfectly, which is why I’m holding back the fifth star, but the rest of the book was so charming and evocative for me, and I slipped so far into it, I’m finding it really easy to overlook those imperfections.

One of the problems Mr. Penumbra had as a book is that it made grand promises that it couldn’t deliver. It was too big of an idea to be held in such a slight book. I feel like that problem was entirely solved here. This is an intimate, weird little book about bread and loneliness and remaking your life. No epic stories about secret societies and earth-shaking secrets needed here. Sloan continues to have an obvious obsession with things in our modern life that are hidden in plain sight, secret from people who aren’t paying attention, but the stakes feel much more human.

Sourdough follows Lois Clary, a programmer who has recently been lured away from her quiet Michigan company to San Francisco, where she works on “proprioception” for a robotic arm company. Proprioception, if you don’t know (I didn’t) is the sense that we have for knowing where our bodies are in relation to themselves and to outside objects. This is a tricky thing to understand in the human body, let alone a robotic one. But Lois’s job is draining her dry.

Enter Clement Street Soup & Sourdough, a local restaurant (that delivers!) whose menu Lois comes across one day. She orders the soup and sandwich combo (double spicy!) and her life is changed forever. That sounds dramatic, but that’s what happens. A series of events lead to her inheriting a sourdough starter from the restaurant (which is run by two immigrant brothers who are leaving the country). A sourdough starter is an inscrutable thing to begin with, but this one has a life of its own. It’s not quite fantasy, here; I’d say more along the lines of magical realism, because you could rationalize everything that happens as faintly plausible, and also because the book feels rooted in real life more than it does the fantastic. The focus is Lois and her emotions and her experience, and the starter is, just like a sourdough starter, a catalyst.

The stuff that didn’t completely work for me mostly involved the ending, which felt a tiny bit disconnected from the rest of the book, and which also involved the most outlandish thing to happen in the book. Because the rest of the book was less outlandish, it just felt a bit out of place. I think if I re-read it, it might feel more in tune with the rest of the novel, but for now, it didn’t for me. The second concrete thing that I can point to, and which bothered me throughout the novel because I couldn’t figure out the reason Sloan did it this way, was the fact that while we get Beo’s emails to Lois interspersed throughout the narrative, we see none of hers back to him. It was definitely a deliberate choice, but to what end, I’m not sure. It gave their relationship a lopsided feeling I’m not sure was intentional, so I’m not sure if what I was feeling about it was what Sloan wanted me to feel. (I certainly felt much affection for Beoreg throughout the whole book.)

This is a book that deploys some interesting ideas, and uses words and concepts with double meanings constantly. The idea of the starter being a literal starter and figurative one in Lois’s life, culture (bacteria) and culture (a collective manifestation of human intelligence and endeavors), food as feeding more than just the body. It’s not deep, but it feels real.

A warning before you pick this up, though. You’re going to want bread the whole way through, fresh from the oven, hot and crackling. If you’ve ever watched The Great British Bake Off, you know what I’m talking about. Be prepared. 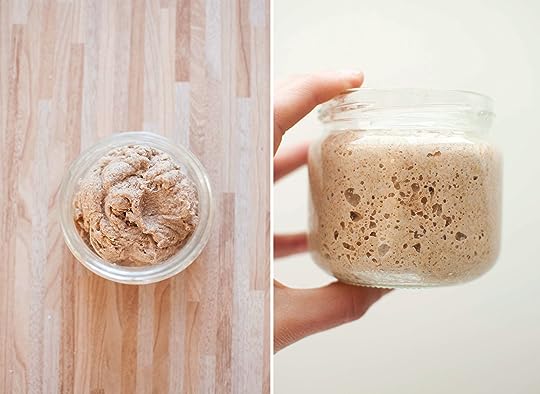