> FAQ Home
> Genre: Non-Fiction > This is the Zodiac Speaking. 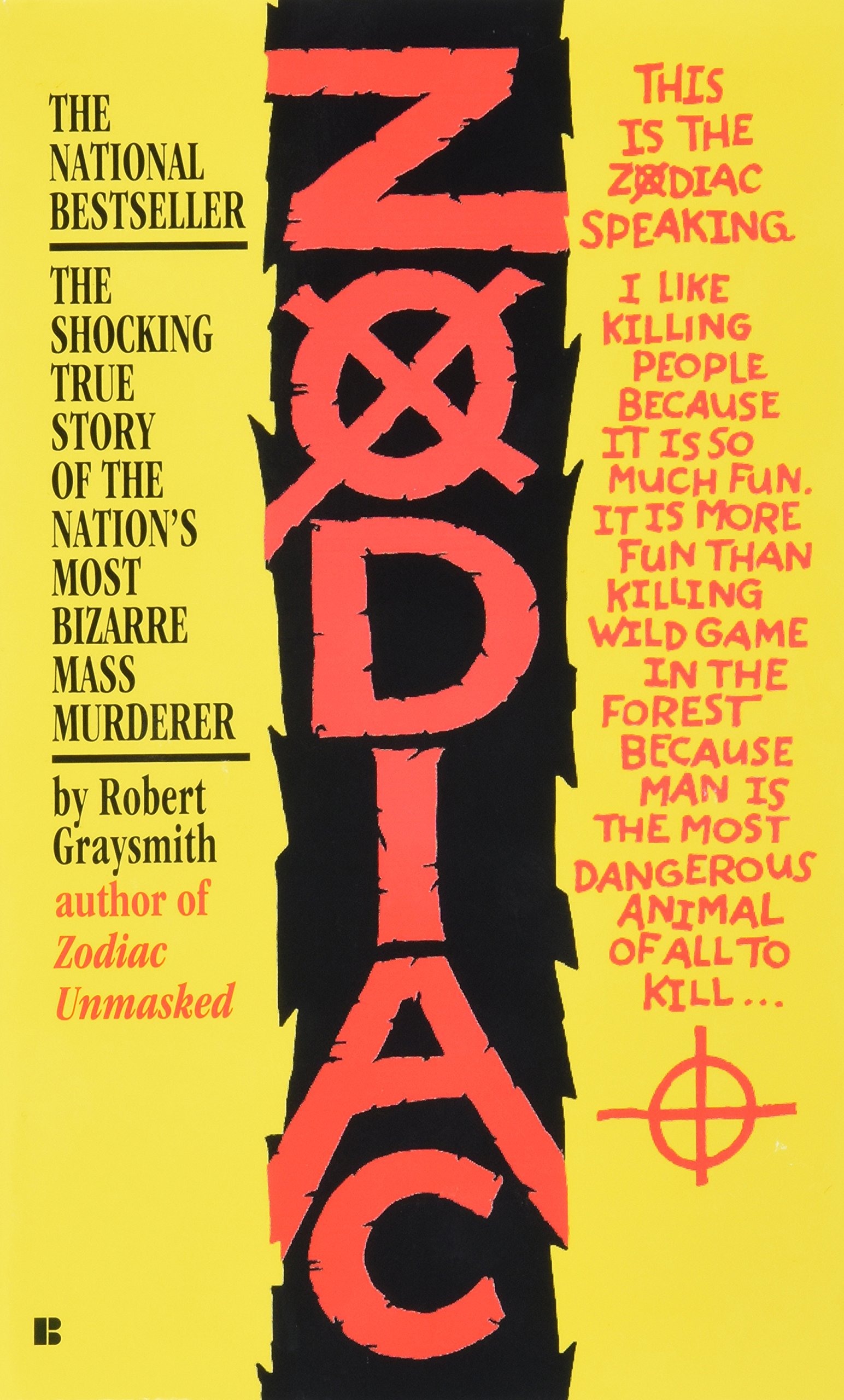 I can’t believe it took me so long to read this book. I’ve been fascinated by the Zodiac case for years, ever since I first saw David Fincher’s movie based on this book, but I think I always felt like the book was too dated to bother with since it was written in 1985.

Well, I was wrong. This book is completely engrossing. I think most people probably know the basic outline of the Zodiac murders–a serial killer murdered several people in San Francisco in the late 60s, taunted the police with letters, and was never caught. This book was written by Robert Graysmith, who was a cartoonist at the San Francisco Chronicle during the period of time in which the Zodiac was active. The Chronicle received several letters from the Zodiac, and Graysmith developed a bit of an obsession with finding the guy.

I can’t blame him. The Zodiac murders are some of the strangest things I’ve ever read about. Watch enough movies and crime shows and you’ll figure out that most serial killers have an MO–they target a certain type of person, and they usually kill in the same way every time. The Zodiac did neither of these things. He shot most of his victims, but stabbed a few of them. He mostly targeted young couples, but he also killed a taxi driver and abducted a young woman and her baby. He wrote dozens and dozens of letters to the local San Francisco papers. All of these letters were made available to the police, and still they couldn’t find him. Two of the people he attacked survived, as did the woman he abducted, and they all gave detailed descriptions of him–and still they couldn’t find him. To me there’s nothing creepier.

The first half of Zodiac covers the period of time during and immediately after the murders, when there was a huge investigation and the murderer was writing letters to journalists regularly. This part, of course, is pretty gory, but I never felt that Graysmith was being unnecessarily graphic. The second half delves into Graysmith’s own investigation, as he tries to piece together all the facts the police were able to find. He also outlines several other unsolved murders in California that may have been committed by the Zodiac, and puts forth several possible suspects.

Graysmith had his favorite suspect, although there was never anything more than circumstantial evidence against the guy (and later DNA evidence proved that at the very least, he was probably not the one sending the letters to the papers). No suspect was ever charged in this case. That’s the most fascinating thing of all–this many decades later, with so many of the important players dead, we will probably never know who the Zodiac was, why he killed, why he stopped, and what happened to him.

I enjoyed almost all of this book–the one part I really struggled to get through is when Graysmith is analyzing the dates of the killings by astrological signs and star charts. That part was tedious to me, mainly because I put zero store in those things, but I understand his impulse to look everywhere for possible clues. The audiobook was narrated by Stefan Rudnicki, and I had no complaints there. Rudnicki is a bit monotone, but it worked for the subject matter and tone of the book. I enjoyed this book, and it definitely helped some long car rides pass by quickly.