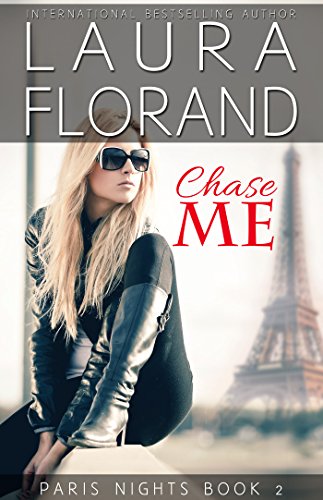 Beth Ellen was kind enough to lend me this one and it was a lovely break from all the historicals I’ve been reading.  Not nearly as good as the books I’ve read in her Amour et Chocolat series, but fun escapism.

Violette Lenoir is the head chef at a 2 star Michelin restaurant.  She is only in her late 20s and has been working towards this goal for over 10 years.  She is very tough and no nonsense (you can tell this because she wears leather and rides a motorcycle), and the President of the United States may be coming to her restaurant in the near future.  One late night in her kitchen “Chase Smith” comes in through her window.  During their skirmish he claims to be working for a private security company that is checking out all of the possible restaurants the President may eat at.  Violette suspects he is actually US Special Ops.  They banter.  She takes him home with her thinking it’s a one night stand.  The next day her restaurant gets shut down because of a “potential e coli outbreak”.  Violette is furious and suspects that Chase has something to do with it.  But, in between chasing international terrorists, Chase keeps showing up at her door over the next weeks and months breaking down her emotional barriers.

As that descriptions shows – this book is totally silly.  The whole thing is so over the top fantasy that I can’t even be mad at it.  It was not what I was expecting from a Florand book, but it was FUN.  Yes, Chase is a SEAL or some other kind of Special Ops (it is never said exactly what).  So, you may be thinking that this is more of a romantic suspense book, because that’s usually where that type of hero appears.  But no – that’s not really the case here.  There is some action, but it’s limited and it’s not gory.  This book was actually light on both plot and emotion, and I was totally ok with that.  It was a relaxing, escapist read.

Violette and Chase are really well matched.  They are both super confident in who they are as people and what they have been able to accomplish through hard work and dedication.  They appreciate how much the other is committed to his or her work.  They have excellent chemistry.  Chase half-jokingly proposes to Violette during their first battle/encounter, and the running gag banter about that through the rest of the book is hilarious.

Florand was my first contemporary romance author, and I’m so glad she converted me.  This was a departure from her past books, but I really enjoyed it.