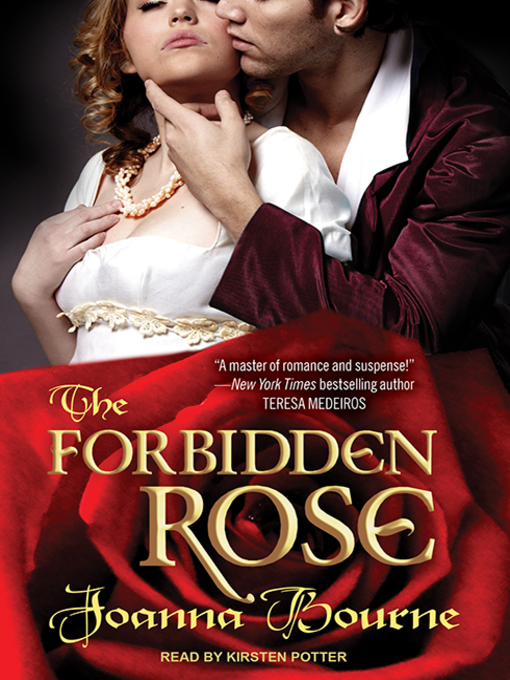 This review is for the audiobook version of The Forbidden Rose, third book in the Spymasters series by Joanna Bourne, read by Kirsten Potter. You guys were right, the series gets better, and this one is the best yet. This time we go back to the Reign of Terror, and see how Doyle met his Maggie. Marguerite de Fleurignac, a brave noblewoman who spends her evenings evacuating families to spare them from the guillotine, is found alone in her burned out chateau by Guillome de Breton, an intriguing man who offers to take her to her father in Paris. Guillome, is of course, William Doyle, British spy, come to France to find Monsieur de Fleurignac, who has ordered the murders of several English men. Along the way they encounter many ordeals and see each other in new ways. Of course Adrian Hawker is there to provide levity and steal all the scenes he is in. Eventually they learn each others’ secrets and decide they love each other, and their shared love of their countrymen. We are introduced to other characters that I can see having an important role in future installments, which is something to look forward to.

The reason this book is so much better is that the characters behave much more logically and their internal struggles ring closer to my experiences. The choice of reader again makes more sense, her ability to switch from narrator (American accent) to Doyle (English accent) to Maggie (French accent) and others helps the dialogue flow. The author does indicate when people are speaking which language, so it really isn’t confusing.