> FAQ Home
> Genre: Fiction > Here’s that good YA I’ve been searching for 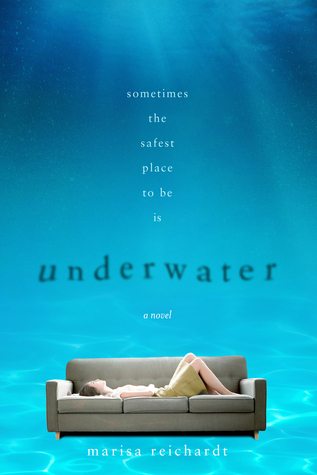 Morgan survived something at her school last October the 15th. Since then, she’s been house-bound: afraid to even walk out the front door. She’s no longer communicating with her friends, goes to school online, and has completely stopped the competitive swimming that she used to live for. Her whole world is the inside of her apartment, along with her over-worked mother and her precious little brother. And then a boy moves in next door, and everything changes.

There’s a bit of a mystery element to the story — you’ll guess what the event at the school was pretty quickly (which is just sad, that these things are so easy to guess), but Morgan’s involvement comes as a bit of a surprise. Mostly, the book is a story about PTSD — and watching one girl struggle to cope with it. She’s inspired by her crush on the boy next door, sure, but she’s also doing therapy and writing and doing her best to get better. It’s really a great read, and I particularly loved Morgan’s relationship with her mother and brother, who try so hard to understand.

It’s a well-written story, and while I felt at times that the boy next door was a little too golden, the author does allow him to be a person, too. Morgan’s therapist, too, starts out as this totally patient woman who gives and gives, and as things progress (or don’t), we see how strained she is as well. Overall, just a really excellent YA book — one that I could not put down.