> FAQ Home
> Genre: Biography/Memoir > “It is easy to be liked when the world has no jagged edges, when life is electric blankets and peach ice cream. But to be beloved, a man needs a dragon.” 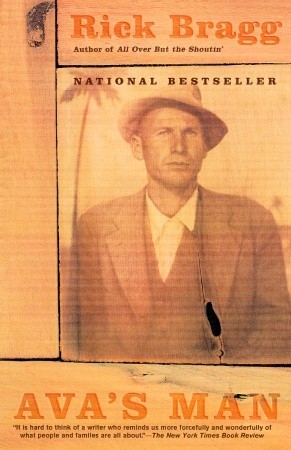 I read another book by Rick Bragg earlier this year, and I liked it despite the fact that Rick Bragg wrote it about himself, and…he’s kind of an ass. BUT this book focuses on his rather impressive grandfather, who comes across as much more likable, and Bragg still manages to write it in the friendly chatting style that I really enjoyed in All Over but the Shoutin’.

“It is true that almost everyone in the foothills farmed and hunted, so there were no breadlines, no men holding signs that begged for work and food, no children going door to door, as they did in Atlanta, asking for table scraps. Here, deep in the woods, was a different agony. Babies, the most tenuous, died from poor diet and simple things, like fevers and dehydration. In Georgia, one in seven babies died before their first birthday, and in Alabama it was worse.
You could feed your family catfish and jack salmon, poke salad and possum, but medicine took cash money, and the poorest of the poor, blacks and whites, did not have it. Women, black and white, really did smother their babies to save them from slow death, to give a stronger, sounder child a little more, and stories of it swirled round and round until it became myth, because who can live with that much truth.”

Bragg never knew his paternal grandfather, Charlie Bundrum, but he’s heard stories all his life. Stories about a great man. Maybe one with a bit of a temper, and a major drinking problem, but nonetheless a man who would do anything for his family and friends. Bragg compiles these stories here in a wonderful biography of Bundrum, full of rich details and background. He tells us not only about Charlie, but how his people live — scrabbling from meal to meal during the Great Depression. It’s really an incredible read, both for the story of Charlie, and the story of the South during his lifetime.