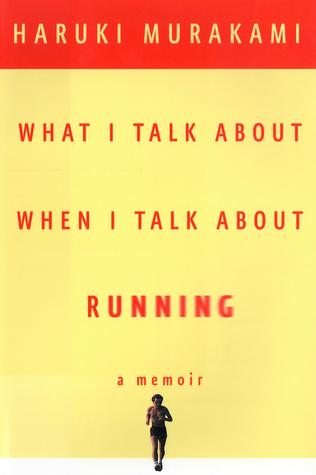 I picked this one up after reading Matthew Inman’s very different book about running, in which he mentions Murakami’s memoir. I really enjoyed it, and I think even non-runners would, too.

Murakami runs long distances — like, he runs a marathon annually. That’s hardcore. It’s extremely hard on your body, not the mention your wallet. But he’s made the time for decades, and he explains why here. His writing is beautiful, and his descriptions of his runs made me feel like I was there. One of the most impressive stories revolves around recreating the original Marathon — run by Philippides after the Battle of Marathon. It’s an incredibly difficult run, and his retelling amazed me.

I like to run, although a marathon is way beyond my reach (as of right now, anyway). But I really agreed with one of his statements: “When I’m running I don’t have to talk to anybody and don’t have to listen to anybody. This is a part of my day I can’t do without.” I agree 100%!