> FAQ Home
> Genre: Biography/Memoir > Caitlin_D, you’ll like this one 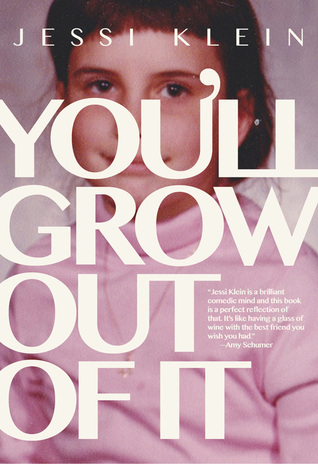 “This was when I learned one of the biggest secrets of being a woman, which is that much of the time, we don’t feel like we’re women at all.”

Jessi Klein is a writer for Inside Amy Schumer, which I watched pretty religiously the first season only to abandon in season two (sorry, Amy, we cancelled our cable). Klein starts this very well-written memoir by talking about how girls can be tomboys when they’re little, only to grow into…tom men? She tackles her childhood, some very shitty relationships, her wedding/marriage, her career, her struggles with fertility and several other heavy subjects in a manner that’s funny without being obnoxiously self-deprecating. Her writing — unsurprisingly, given her profession — is excellent.

I loved the essays on womanhood, particularly the one discussing the difference between poodles and wolves. While discussing an Angelia Jolie interview, she and a friend came up with the following: “‘Isn’t is amazing.’ Emily asked, ‘that we’re the same species she is? It doesn’t even feel like we are the same species.’…I continued the riff: It’s like with dogs. A poodle and a wolf are both technically dogs, but based on appearances it doesn’t make any conceivable sense that they share a common ancestor. We decided that some women are poodles and some women are wolves.”

Happy to be a wolf with you, Jessi!