> FAQ Home
> Genre: Biography/Memoir > A lot has changed in 12 years 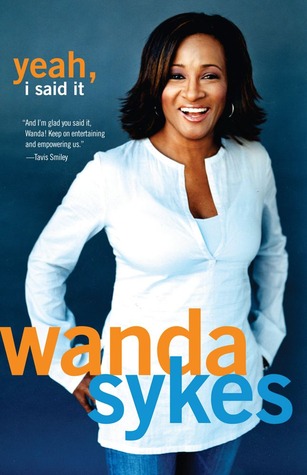 Some humor remains funny for decades. I’ve read books by Dave Barry that he originally published in the 1980s that still seem true and funny today. But other types of humor don’t hold up, and unfortunately Wanda Sykes’s Yeah, I Said It, full of political commentary during the 2004 election, is one of them.

I actually really like Sykes’s stand up, and sections of this book seemed word for word from her acts. Most of the chapters are a page or two long, and headed by one single word or topic: “Michael Jackson”, or “Abortion”, or “George W. Bush”. Some of it still stands up (“Seriously, I don’t need a gun. I’m easily annoyed. I would shoot people in my house that I invited over.”), but a lot of it seems really dated and just not as funny as it probably was 12 years ago.