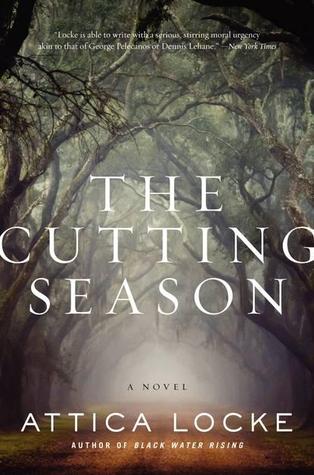 I liked this novel by Attica Locke, which I believe several of y’all reviewed already, but it didn’t quite live up to my expectations. Her other two, starring Jay Porter in Houston, were much more interesting. But she told a good story here nonetheless.

“Mothering, she learned the hard way, was about loss as well as love.”

Caren’s family has lived on Belle Vie, in Louisiana, for generations. Nowadays, it’s a plantation house that provides school tours, puts on outdated plays and hosts the occasional wedding. Caren runs the whole place, which is owned by the descendants of the overseer who took it over during the Civil War — back when Caren’s ancestors were slaves on the land. The sugar cane fields behind it are still in operation — tended now by migrant workers rather than slaves. But it has a rich, violent history — one that resurfaces when a woman is found dead on the property.

Like Deep Water Rising, the first novel I read by Locke, I found the slow reveals about the main character and his/her past a lot more interesting than the case in the forefront. Locke does a wonderful job bringing the past to life, and I found the mystery set back in the 1800s absolutely fascinating — I was blown away by the reveal. But I saw the answer to the more modern mystery — who killed the woman from the fields — pretty quickly. And Caren makes a lot of dumb, victim-in-a-horror-movie kind of mistakes. You lose your cell phone on the land while possibly being stalked by a killer? Maybe pick up a new cell phone, woman. And there was a lot of relationship drama that I could have done without.

I will give a special mention to the awesome narrator on the audiobook — she brought those Louisiana accents to life beautifully.