> FAQ Home
> Genre: Fiction > “Behind every exquisite thing that existed, there was something tragic.” 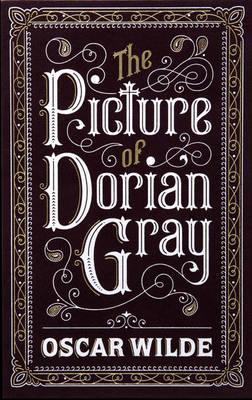 Welp. That was different. And very unlike the Wilde I have previously known and loved. I enjoyed the story of this book, but I think what I loved most about it were all the underhanded (and not so underhanded) things Wilde had to say about art and artists.

I’m pretty sure all of you already know the basic premise, even if you haven’t read the thing. The beautiful and amoral Dorian Gray, who doesn’t age, has a secret portrait that bears all signs of corruption for him. It’s a recipe for disaster, and very obviously a morality tale, but not in the least a tame one, and neither is it boring (Oscar Wilde couldn’t have been boring even if he’d tried — he was too irreverently clever). But like all good pieces of literature, it’s not just what the story is about, but how it’s told. And Wilde writes very, very well. He lingers on certain moments of contemplation, zooms through the boring stuff we don’t want to hear about anyway, and has his characters speak to each other in humorous but layered quips, laced with layers of meaning and subtext.

Before finally diving into The Picture of Dorian Gray, my previous exposure to Wilde had been limited to multiple re-reads of The Importance of Being Earnest, as well as viewings of the Colin Firth/Rupert Everett version of the film. Earnest is biting in its critique of Victorian society, but it hides that critique in what is probably the funniest fucking play ever written. It’s just so damn delightful. I feel sorry for anyone who hasn’t read it. But Dorian Gray, while still witty and very clever in its verbiage and construction, takes almost no pains to hide its teeth. They’re right there out in the open. It’s also genuinely frightening in parts, and horrifying in a way that only stories about the decrepitude of the human soul can be.

I still prefer the version of Wilde we get in Earnest, but it felt nice to have a book poke me in my subconscious and to have my once again brain engaged in a dialogue of metaphors. What I really need is that fancy Complete Works of Oscar Wilde I now have my eye on. Maybe next year . . .