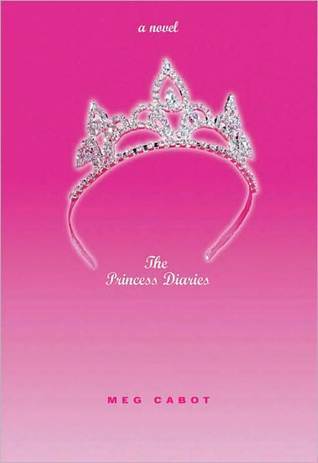 Mia Thermopolis hates being one of the tallest freshmen in school, and she’s flunking algebra. The dreamiest boy in school is dating the evil witch that constantly makes Mia’s life difficult, and now she has to deal with the fact that her algebra teacher asked her mother out. And her mother accepted! Her mother gives her a diary into which she can write down her thoughts and feelings, and after some misgivings, Mia starts doing just that.

To begin with, her worries are just the ones outlined above. Then her father, who she always knew was a rich and important person from the small European principality of Genovia arrives in New York, and springs the news on her that he is indeed a prince, and as he can no longer father children, Mia is his only heir. He wants to take her back to Genovia, but Mia refuses. They agree that she can finish her time at her New York high school, but needs to go through princess training with her grandmother.

Now Mia has barely any free time. When she’s not at school or being tutored in algebra, she has to hang out with her grandmother, who criticises everything she does, from the way she dresses, to her posture, the way she speaks, walks and eats. Mia doesn’t want to tell her best friend Lilly what is going on, which means they have a massive falling out, and Lilly refuses to speak to her anymore. Then the news about Mia’s true heritage is leaked to the press, not making things better. To top it all off, even being a princess, Mia doesn’t have a date to the Cultural Diversity dance.

More on my blog.