> FAQ Home
> Genre: Fantasy > From Never Sky to Ever Night 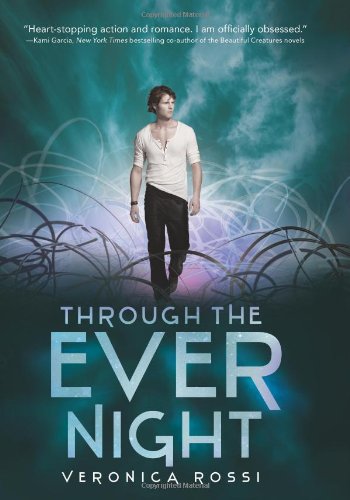 If you read my review of Under the Never Sky, you know that I said it took me a little while to get into the story. Well, that was not the case with this installment of the series. I finished Through the Ever Night in two days, and am extremely sad that my Nook and Kindle are not working, my local library doesn’t have the third book, and the closest book store is an hour away (and I don’t have two hours free this week to make the trek ).

Perry and Aria are reunited in this second book, at least for a while. Perry wants to take Aria back to the Tides, even though his closest adviser, Reef, tells him that it is a horrible idea. Aria comes up with a plan for them to not let the Tides members know that she and Perry are anything more than allies, but even with the deception, Reef turns out to be correct. The Tides’ reaction to Aria range from simple distrust all the way to an attempt to poison her. Aria and Roar decide to sneak away without telling Perry so that they can go to the Horns to see if Sable, the Horns’ Blood Lord, can or will help them find the Still Blue so Tess can save Talon, and to try to find/rescue Liv. Perry is left at home to try to earn the Tides’ respect as Blood Lord and to try to find a way to save his people from the almost constant Aether storms that have already destroyed their hunting grounds and their farmland, and that threaten to destroy the entire village. Will Perry gain their respect? Does the Still Blue really exist? Can Talon and Liv be saved? And what’s going on with Reverie that is causing the Realms to freeze?

I really enjoyed the second installment of the series. I was pleased that the Unity was finally explained (I like to know how my Dystopian societies got that way). I was a bit disappointed that the author felt the need to include some profanity in this installment when there was absolutely none in the first (there’s not much, but if it wasn’t needed in the first, why was it needed in the second). This second book also throws some potential wrenches in the Aria/Perry relationship, and it will be interesting to see if those wrenches return in the third book.