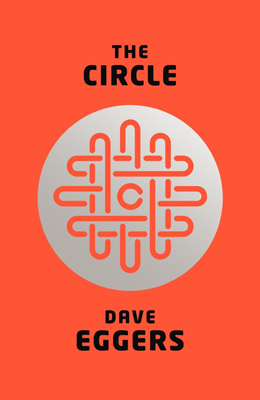 The Circle is the world’s biggest social network. Part Google, part Facebook and all encompassing, it’s a seemingly benevolent force that everybody is signed up with, and the workplace to aspire to. So when Mae Holland is offered a job, it isn’t hard to see why she’s so enamoured with it, rising her way up the food chain and buying into everything that entails. There are tell-tale signs that the company might have more power and reach than necessary, but she brushes them off, even when her family and ex-boyfriend start getting worried about her involvement. There is a mysterious man sneaking around the campus interested in Mae who might be dealing in corporate espionage, and a whole host of company-wide privacy-reducing plans, such as disseminating portable cameras to cover as much of the world as possible and to record it all for posterity. It’s not a thriller or an action-filled conspiracy story, but a personal tale and a thought provoking glimpse into the all too close future. This is not an Orwellian nightmare set a couple of decades into the future, instead it is almost like having a peek into next year. A lot of what The Circle have implemented must be already being mused about in corporate boardrooms in California.

What is particularly striking about The Circle is how it presents the world. Most dystopian societies in fiction are usually evil totalitarian conglomerates, only looking to further their own interests. Eggers instead portrays The Circle as an excitable, forward thinking company that generally has the people’s best interests at heart, but that its obsession with knowing and sharing everything is where the danger lies. Everything they do is based around total transparency, a sort of Wikileaks-style utopia where all data is available and indexed.

It’s not as heavy-handed as Orwell’s 1984, but it’s also not entirely about privacy. It’s about how we interact with other people and the sites we browse. This in particular hit home for me. I started to notice how much time I was spending on Twitter. First thing in the morning, I’m reaching for my phone, bathing in the light from the screen before endlessly scrolling through articles, news streams and jokes. The Circle warns against this fatigue with almost terrifying accuracy. A constant wash of sentences causes you to take less in, the information failing to take hold and slipping through the gaps in your brain. Mae is encouraged to interact with and consume as much internet content as possible in order to maintain her ranking within the company, and it’s a never-ending torrent she can’t keep up with that fails to nourish her. While this all sounds rather reactionary and Sisyphean, I don’t see Eggers as being violently opposed to the internet in all its forms. This is not the book form of a Luddite on a street corner yelling about the apocalypse, but a celebration and a warning about the power of the internet collective. While some characters are used a mouthpiece for eschewing the internet, they are also portrayed as being almost cartoon like in their reaction and rejection of the network.

If this all sounds a little dense and heavy, it should be said that The Circle is also a very funny book, skewering that peculiar brand of people that large companies like Google attract. Mae’s inner monologue is witty and sharp, if a little naive at times. It’s a superb read, and one of my favourites from last year. Just sit down and drink it all in.
Try to avoid distractions.
Turn that phone off for a while.
You’ll feel better.