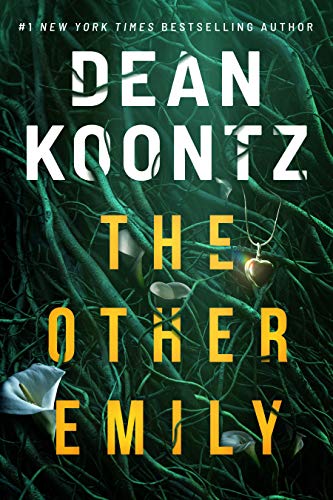 OK somehow I read that book where the guys moves in and out of different worlds and there are copies of him (no idea what the title is – I just found it. It’s Dark Matter by BLAKE CROUCH! Totally not Dean Koontz, silly me), and all the Odd Thomas books by Dean Koontz and forgot that he’s a little into science fiction! I was like “ooh this looks like a good psychological thriller”, when I should’ve been thinking “ooh what crazy space / time continuum bending weird ass thing happens in this book”. At any rate, it kept me reading because it was interesting.

David Thorne is a famous author with a cushy lifestyle. He travels to his California home and “randomly” runs into a girl who looks EXACTLY like Emily Carlino, the woman who he lost a decade earlier. He’s got lots of regret and grief about her, because he was cheating on her with some random starlet at the time she disappeared. Her body was never found, so when this doppelganger shows up, David is convinced they’re related somehow. The thing is, she should be ten years older than she looks.

David meets up with this woman again – her name is Maddison now. They go out to dinner, and he basically falls in love with her again. She even sounds and acts like Emily. There’s this whole side story where other people who were supposedly dead were seen alive years later, but they’re not really connected to Emily.

I don’t want to ruin it, because it is an interesting twist / explanation / whatever you want to call it. I read this book really quickly, because the characters were intriguing and the story kept me pulled in. I’d recommend it, but remember that Dean Koontz is a weirdo.