> FAQ Home
> Genre: Biography/Memoir > “You ever see somebody ruin their own life?/ His poor wife.” 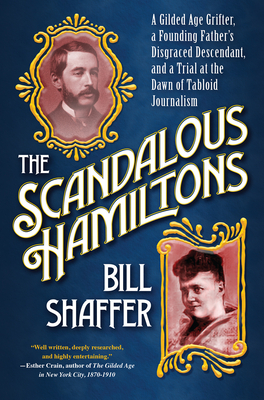 When Ray Hamilton’s wife is arrested for stabbing the family’s wet nurse, a great deal of scandalous truth comes out – namely, that the child is not his, nor hers.

I have not seen that seminal musical Hamilton, but I had read the doorstopper of a book it was based on. While I knew all about the successes and scandals of Alexander Hamilton’s life, I had not considered his descendants. This descendant in particular had rather fewer successes and rather more scandals.

The star of the show, though, is Eva – Hamilton? Mann? – his wife. A grifter of the highest order, she is simultaneously infuriating and sympathetic. After all, what can a woman be but out for herself? The parts of the book that involve her are the most compelling, though in general the first half of the book was very engaging.

However, I did think the story began to drift a little in the second half as the scandal becomes mostly played out, and the author apparently scoured the newspapers for tidbits of news to keep the story going. He has a fascinating story to tell, but I wonder if the book wouldn’t have been better served by not plunging straight into the action, and instead writing a bit more about the lead up to the scandal first.